Marquee man Alvaro Cejudo will be kept on ice for Western Sydney's FFA Cup tie with Wellington on Tuesday night.

The Wanderers host the New Zealanders at Campbelltown Stadium in the first all-A-League meeting in this year's competition.

Coach Tony Popovic said Alvaro would be one of three players to miss the clash, along with Jaushua Sotirio and Mark Bridge.

"Alvaro has just arrived, Joshy is suspended and Bridgey, we're still waiting on a few details," he said. 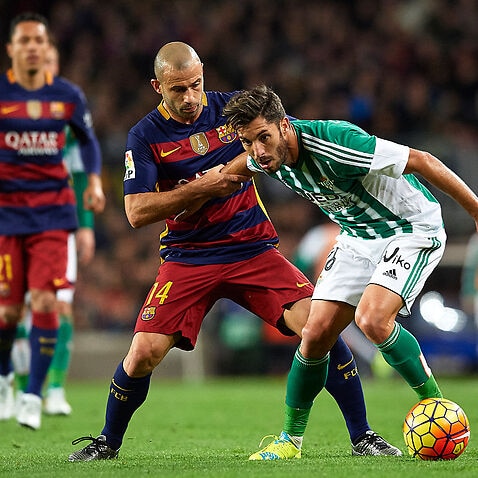 "They're all fit and ready to go but those three won't be available."

"Fitness wise so far this pre-season everyone is good. We hope that continues."

The tie could see Roly Bonevacia pitted against his old side in his debut for the red and black.

The match will be Robert Cornthwaite's first as club captain.

The centre-back was appointed as the club's fourth captain in July, following in the footsteps of Michael Beauchamp, Nikolai Topor-Stanley and Dimas Delgado.

Cornthwaite, who joined the club last season after five years in Korean and Malaysian football, sad it had been a terrific move for his career. "From last year to where I am now, I feel I've made vast improvements," he said on Monday.

"I'm pretty confident with where my game is at now.

"I'm 31 years old and I think I've got plenty of improvement in me."