Australian attacker Brett Holman will remain in the Arabian Gulf League with Emirates Club on a one-year deal, after his two-year spell with Al Nasr drew to an end. 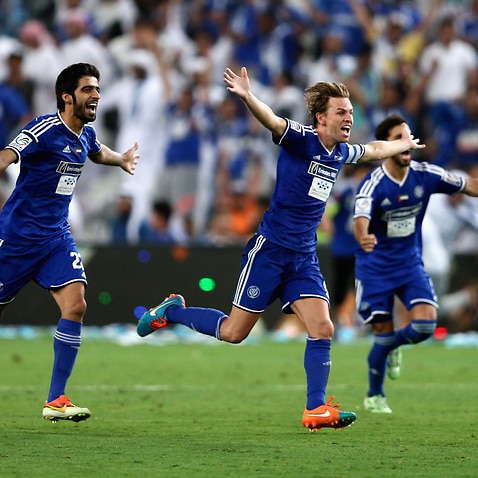 Holman out to prove UAE move no mistake

The 31 year-old, who captained The Blue Wave to a President’s Cup glory earlier this month, also tasted success in the GCC Clubs Championships last year.

This season Holman scored five times in 24 league matches - as Al Nasr finished the campaign fifth - and he played in every league match in his maiden season, scoring three goals.

Yet that was not enough to earn a new contract as the Falcons stepped in to keep Holman in the United Arab Emirates - ending speculation of a possible move to the A-League or China.

Thank You Brett Holman .. You did what you can for the Club Hope You great Season With Emirates Fc  We will remember you  #النصر

"I would love to continue with Al Nasr, but it is not my decision," Holman, who called time on his international career last year after 63 caps for the Socceroos, told The National last month.

"You will have to ask the management about this. They have to decide whether they want me or not. Until now, they have not contacted about a renewal."

Emirates Club finished 10th in the UAE top-flight this season.