Nine leading broadcast players - both domestic and international - are in the mix to tie-up the A-League’s TV rights, with a decision “very close” to being finalised.

Existing rights holder Fox Sports’ long-time deal expires in July, amid ongoing uncertainty over the identity of a future partner.

But Australian Professional Leagues chairman Paul Lederer is confident a deal will be inked in the coming weeks, adding he’s been taken aback by the level of interest from across the globe in the domestic competition.

The APL is spearheading negotiations after the recent unbundling from Football Australia.

Whilst reluctant to dive into specifics, the billionaire Western Sydney Wanderers chief confirmed that Fox Sports were among the interested parties along with the likes of Channel Nine-owned streaming service Stan Sport.

But he said a broad spectrum of bidders had thrown their hats in the ring to discuss taking up a rights package, likely to also include the W-League.

“We’re talking to nine different parties,” he revealed. “There’s been a hell of a lot of interest, a lot of different people and important companies from around the world.

“These are very prominent, world class providers. It’s getting close, very close. I think by the end of April, or May, this will all be resolved. 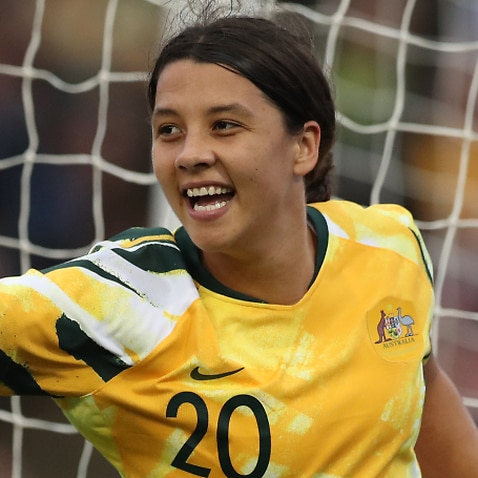 In addition to Stan and Fox - who renegotiated a reduced one-year contract worth $28 million after the COVID-19 pandemic struck - heavyweights like Amazon Prime, DAZN, Hulu, fuboTV and Optus may also be eyeing the competition.

Whilst professing surprise at the sheer numbers of bidders, Lederer said it was driven by a thirst for content.

He also stated it was possible the A-League could be shown across more than a single platform.

“There are a number varieties and options - and people are looking at different things,” he said.

“Everyone is looking for entertainment. We’re the world game, after all, the most popular sport on earth, and it shouldn’t be surprising (the extent of the interest).

“It’s also been a great season in terms of action ... it’s been phenomenal so far. Probably the most exciting A-League season we’ve seen.

“The games are tight, the league is gripping. That’s been the unanimous view of most of the people I talk to.”

With 166 A-League players coming off contract this year, and a new salary cap still to be determined, Lederer’s positive prognosis may give cause for optimism among the rank and file.

“Of course we’ll sitting down with Professional Footballers Australia, as we always do,” he added.

“We want to do the right thing by our fans, our players and everybody involved in the game.”