Neymar watched from the stands as Paris Saint-Germain battled to a 2-0 victory over newly-promoted Amiens in their Ligue 1 opener at the Parc des Princes.

World-record signing Neymar was presented to supporters prior to the match amid a party atmosphere and sat alongside his father. 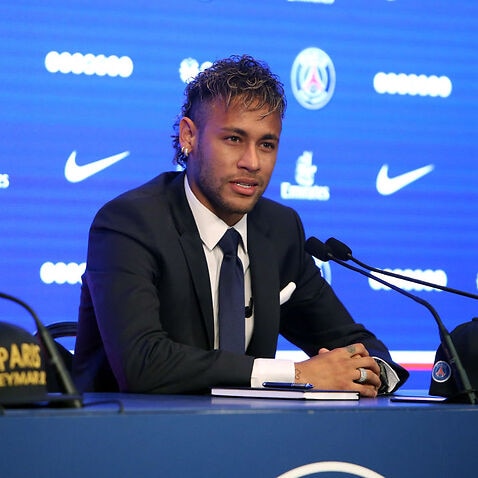 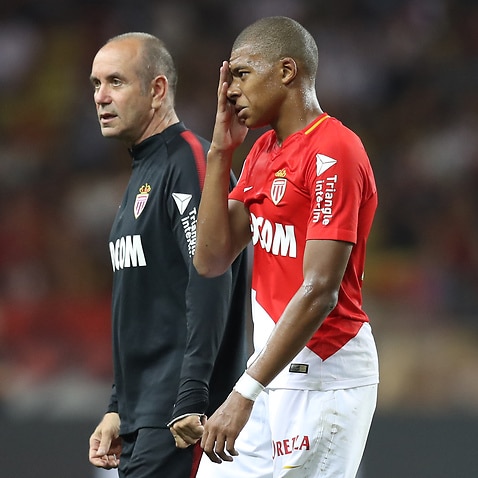 The hosts started on top and created good early opportunities without testing away goalkeeper Regis Gurtner.

First, Rabiot and Angel Di Maria combined to set up Cavani, but the striker who netted 49 goals in all competitions last season shot wide of the near post.

Amiens defender Issa Cissokho then escaped punishment after PSG claimed he had handled in the box, before the hosts wasted a glorious chance to take the lead.

From a clever corner routine, Alves's shot deflected into the path of Rabiot, who could only send his header against the angle of post and bar from a yard out.

After Rabiot had finally tested Gurtner for the first time, PSG moved in front three minutes before the break.

Alves was the creator, crossing for Cavani from the right, with the striker turning defender Prince-Desir Gouano and finding the corner with a low left-footed finish from eight yards, bringing an applauding Neymar to his feet.

After PSG brought on Presnel Kimpembe for an injured Thiago Silva at half-time, Di Maria's volley was kept out by Gurtner in the first chance of the second half.

Di Maria should have scored soon after, but he chipped wide after being slipped through on goal by Cavani.

Amiens's only attempt on target came after the hour mark, Seybou Koita forcing a save from Alphonse Areola, but PSG were always looking comfortable despite their narrow lead.

Cavani then shot straight at Gurtner from Pastore's pass as PSG looked to make sure of the three points.

And victory was finally sealed with 10 minutes remaining, Marco Verratti's throughball releasing Cavani, who squared for Pastore – the man who vacated the number 10 shirt for Neymar – to fire home.