The Brazil star moved to PSG for a world-record €222 million ($A332 million) fee in August and has enjoyed a spectacular start to his time in Ligue 1, registering five goals and five assists in six appearances in all competitions.

Neymar said he left Barca to seek a new challenge after four hugely successful years at Camp Nou, while his father and agent admitted he was eager to join a club where he would become the undisputed star. And Mathieu, who left Barca a month before Neymar's exit, feels the desire to overtake Messi and challenge for his first Ballon d'Or was a key factor behind the 25-year-old's decision.

"At no moment did people thing he was going to leave Barca," he told EFE.

"But that's football, it's like that... it's his decision.

"My opinion is that he left Barca because he was behind Leo. I think he wants to win the Ballon d'Or and at the moment he's happy in Paris because he's scoring goals."

Mathieu feels Messi remains the better player, though, and is on the side of his old team-mate when it comes to the debate between him and Real Madrid star Cristiano Ronaldo.

"I don't know Cristiano as a person, but they're two different types of player, both have their own style," said the Sporting CP full-back.

"I know Leo and how good a player he is."

Mathieu also defended the €40 million (A$60 million) signing of Paulinho after the midfielder's impressive start to his La Liga career. 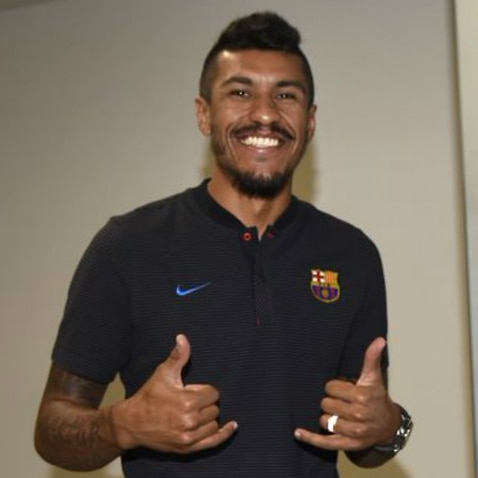 "I don't know him, but if Barca sign someone it's because they deserve it," he said of Paulinho, who has scored in each of his last two league appearances.