Newcastle's attack is ready to fire now Ernie Merrick has his front men back together, as the Jets aim to begin their climb back up the A-League ladder.

Newcastle netted twice in Sunday's come-from-behind 2-1 win over Central Coast Mariners, after they had scored just seven times in the opening eight rounds of the season.

That's a far cry from last season when the Jets made the A-League final, when they scored 19 over their first eight games.

Their attack was at last bolstered by striker Roy O'Donovan against the Mariners, who got through 84 minutes on return from a suspension dating back to last year's decider. "That's what we've worked on all year (with that combination). But we didn't get the final piece of Roy until (Sunday)," Merrick said.

"Jair has lost 8kgs so it's taken a bit for him to get fit. Now he's fit. Out of that four two of them have really struggled to get fit.

"But the two who have been playing great football are Ronny (Vargas) and Dimi (Petratos). And then the two that are behind in Ben (Kantarovski) and Steve (Ugarkovic) are just a good combination."

Vargas scored the winner with a glorious right-footed strike on Sunday, Jair also providing the corner for their first goal through Jason Hoffman.

The Jets' two second-half goals in 16 minutes kept them in seventh on the A-League ladder, equal on points with sixth-placed Adelaide United who host Western Sydney Wanderers on Boxing Day to finish the round.

Wellington Phoenix are three points above the two teams in fifth after their 4-1 flogging of struggling Brisbane Roar on Saturday, while Melbourne City remain fourth after drawing with the second-placed Victory on Saturday. 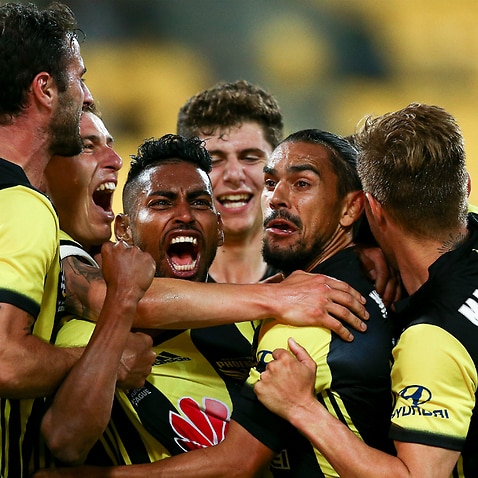 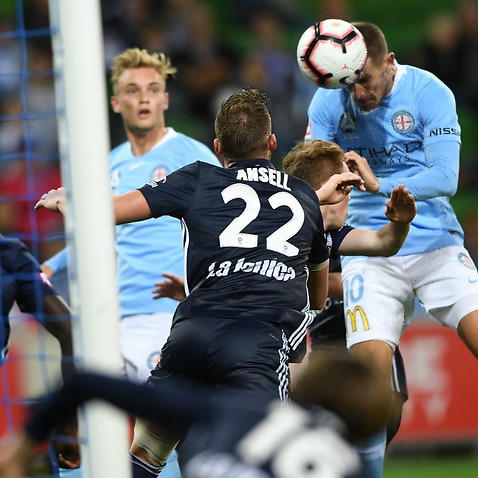 Meanwhile Perth Glory's gap at the top was reduced to just one point in the round's other game, after they went down 2-1 to Sydney FC at home on Friday night. "It is a league this year where I think any team could take points off any other team," Merrick said.

"Look at the Phoenix, they are coming strong now. Victory they were 1-0 ahead and drew 1-1.

"Any team can score goals against any other team, so it is going to be an exciting year."