The Netherlands will provide the perfect platform for Daniel Arzani to prove “he’s something special”, according to one-time mentor Michael Valkanis.

By Dave Lewis
Share
The Greece assistant coach worked with the Socceroos starlet at Melbourne City prior to Arzani’s head-line grabbing, though ultimately ill-fated move to Celtic back in 2018.
With the instinctive 21-year-old attacker due to be officially unveiled on a season-long loan from parent club Manchester City to FC Utrecht this week, Valkanis is perfectly placed to assess the impact he might have in the Eredivisie.
Valkanis worked in tandem with current Ethniki head coach John van’t Schip at PEC Zwolle for a season and views the competition as a launchpad for Arzani after two seasons blighted by injury. Greece assistant coach Michael Valkanis during his time with PEC Zwolle
Getty Images
“Holland will suit his type of football and he’ll get the opportunity to express himself, improve and show he’s something special,” Valkanis told The World Game.
“Every team plays attacking football there and he’ll get the chance to really kick start his future again.
“It’s very technical there and that will complement the way he plays.
“He’ll be allowed to show his ability and skill level and will be free to take players on and create goalscoring opportunities.”
Valkanis agrees with van’t Schip, who said last week that Arzani joining Celtic on loan from City was a mistake in terms of his development because he and the Scottish Premier League were far from a perfect match.
Read More Both believe the Netherlands would have been a better initial entry point into Europe, with the torn anterior cruciate ligament suffered by Arzani on debut nearly two years ago further hindering his prospects.
“Celtic is a big club and who wouldn’t want to go there as a young player?” added Valkanis.
“But sometimes you have to look at the league as a whole, and where you’ll develop best.
“Daniel wasn’t afraid to go there and back himself to perform because that’s the sort of character he is but the injury made it tough.”
Arzani only made two brief appearances off the bench for the Bhoys but Valkanis sees brighter horizons ahead for the youngest player ever to represent Australia at a FIFA World Cup. DanielArzani_FP Twitter
“Look, it’s certainly not too late. This is a big opportunity for him now,” he said.
“He’s always had an extra quality about him and is the type of player Australia produces very few of.
“He’s intuitive and has the knack of always surprising you with a certain uncanny move.
“These next steps for him are vital. For me, Daniel justified the hype (which has surrounded) in those three appearances in Russia where he showed what he can do.
“He’s just got to do it continuously now over a long period of time.
“He’s had a bit of a setback but I believe he can bounce back and become even better for it.
“Knowing Daniel, he’s not the type to give up. I saw how hard he worked at Melbourne City (where he made his debut in 2016).
Read More 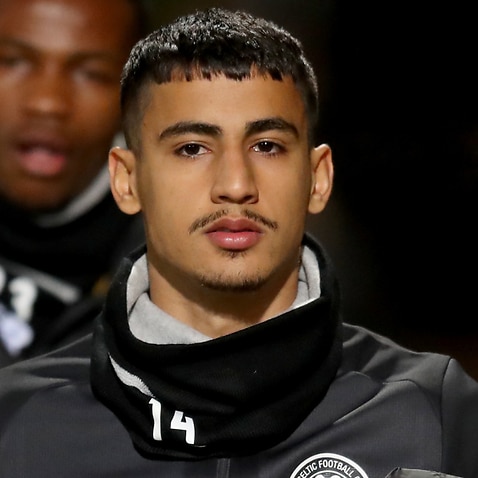 “He’s got a real belief in himself which is important. He’s in a league at a good club where he’ll be given every chance. It will be a very good place for him.”
Having spent six years of his club career in Greece, Valkanis is pleased to see Arzani digging in overseas despite the setbacks, rather than turning tail and heading home.
“In my playing days we worked really hard to remain there, even when things got tough,” he added.
“You see that with Awer Mabil, who I worked with in Adelaide, and the hardships he’s been through at times in Denmark.
“But he never took the easy step to come back to the A-League, which too many players have done. And now he’s won a title with FC Midtjylland.
“We need to see Daniel staying over there too and become the player we know he can be.
“I feel he’s going to be one of our greatest talents.”