Matthijs de Ligt was initially colossal for the Netherlands against the Czech Republic, but team-mates floundered after his clumsy red card.

The Netherlands have been one of the most obviously entertaining and thrilling sides to watch at Euro 2020 and the opening stages of their shock 2-0 last-16 defeat to the Czech Republic in Budapest was no exception.

Frank de Boer's side were rapid and relentless down the flanks and, by the time Denzel Dumfries peeled infield and charged into the centre-forward position to collect Daley Blind's raking pass, a bedraggled Czech backline might have found it easier to be marking all 50,000 inhabitants of the Scottish town with which the rampaging right wing-back shares a name.

Tomas Kalas managed to force Dumfries wide and made a vital, scampering challenge. There is entertainment in such last-ditch defending too, although it rarely looks much fun for the protagonist.

Seven minutes before half-time, it was impossible to ignore a towering man in orange who appeared to be deriving little enjoyment from what was unfolding.

Some worryingly passive Dutch defending let Lukas Masopust find Antonin Barak in the area. In flew Matthijs de Ligt with a goal-saving challenge. The Juventus centre-back howled at everyone within earshot. He was furious. 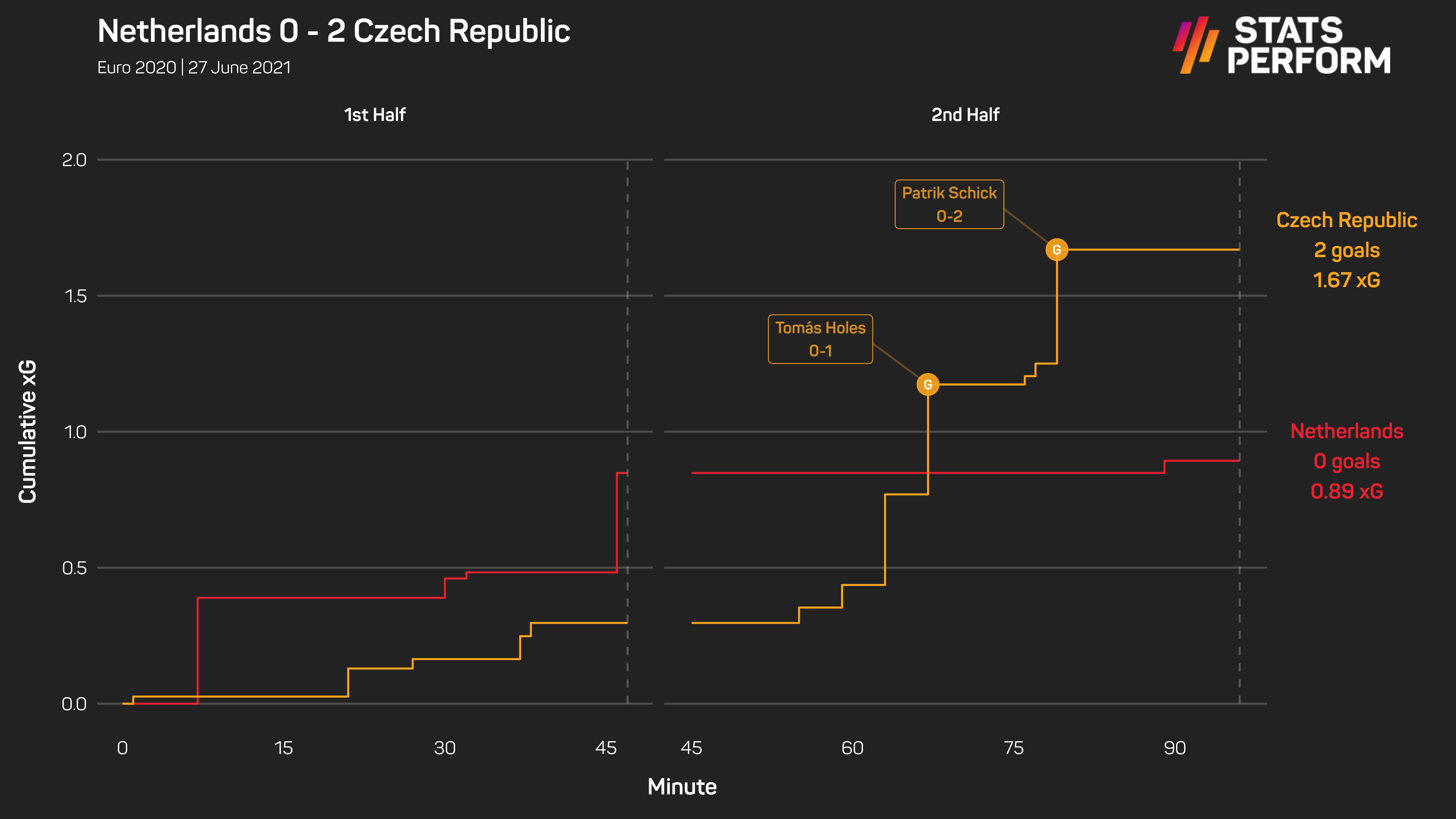 At that moment, it felt like the 21-year-old was in the process of turning in a defining performance to quell the hum of criticism that has soundtracked the past two years of a career that still promises so much.

"De Ligt is the centre-back of our defence. He needs to become much more of a leader than he is now," Netherlands great Marco van Basten told the NOS channel in a curiously harsh criticism after de Ligt returned to help his side to a clean sheet against Austria following the chaotic 3-2 win over Ukraine.

"He went to Italy to learn how to defend more, but I think he didn't learn much there. He needs to lead the rest much more."

De Ligt left Ajax after their celebratory 2018-19 campaign already looking like a born leader. It was hard to imagine those credentials being questioned. But a transitional year at Juventus as Maurizio Sarri tried to implement a new style, followed by last season's ignominy of surrendering the Serie A title under Andrea Pirlo amounted to an unforgiving education in Italy's top flight.

Still, he managed to retain an admirably positive outlook.

"I'm really lucky as I'm playing with almost everybody I'd be watching if I was a young player," de Ligt told The Athletic midway through 2020-21.

"[Leonardo] Bonucci is really good in the build-up, so I talk to him about that and watch what he is doing. [Giorgio] Chiellini is really good at marking, so I'm trying to learn from him too.

"I play with [Virgil] Van Dijk [for the Netherlands]. In the end, though, it's so important that you develop your own game and don't start being a copycat of someone else."

Monday's match, with Van Dijk a long-term absentee and the prospect of a charge for glory such as the one Bonucci is underpinning with Italy, looked like it might become the game where de Ligt stepped out of those considerable shadows.

As it was, his ill-timed stumble and handball to deny Patrik Schick a goalscoring opportunity – moments after Donyell Malen should have opened the scoring at the other end – engulfed the defender and his team-mates in a darkness they could not lift as the lights went out on their Euro 2020 bid.

"An experienced mature defender doesn't make the second mistake and lets the forward go on and score, because he doesn't leave his team with 10 men on the field," Gary Neville said on ITV after some horrid last-ditch defending that was no fun at all for the man involved. 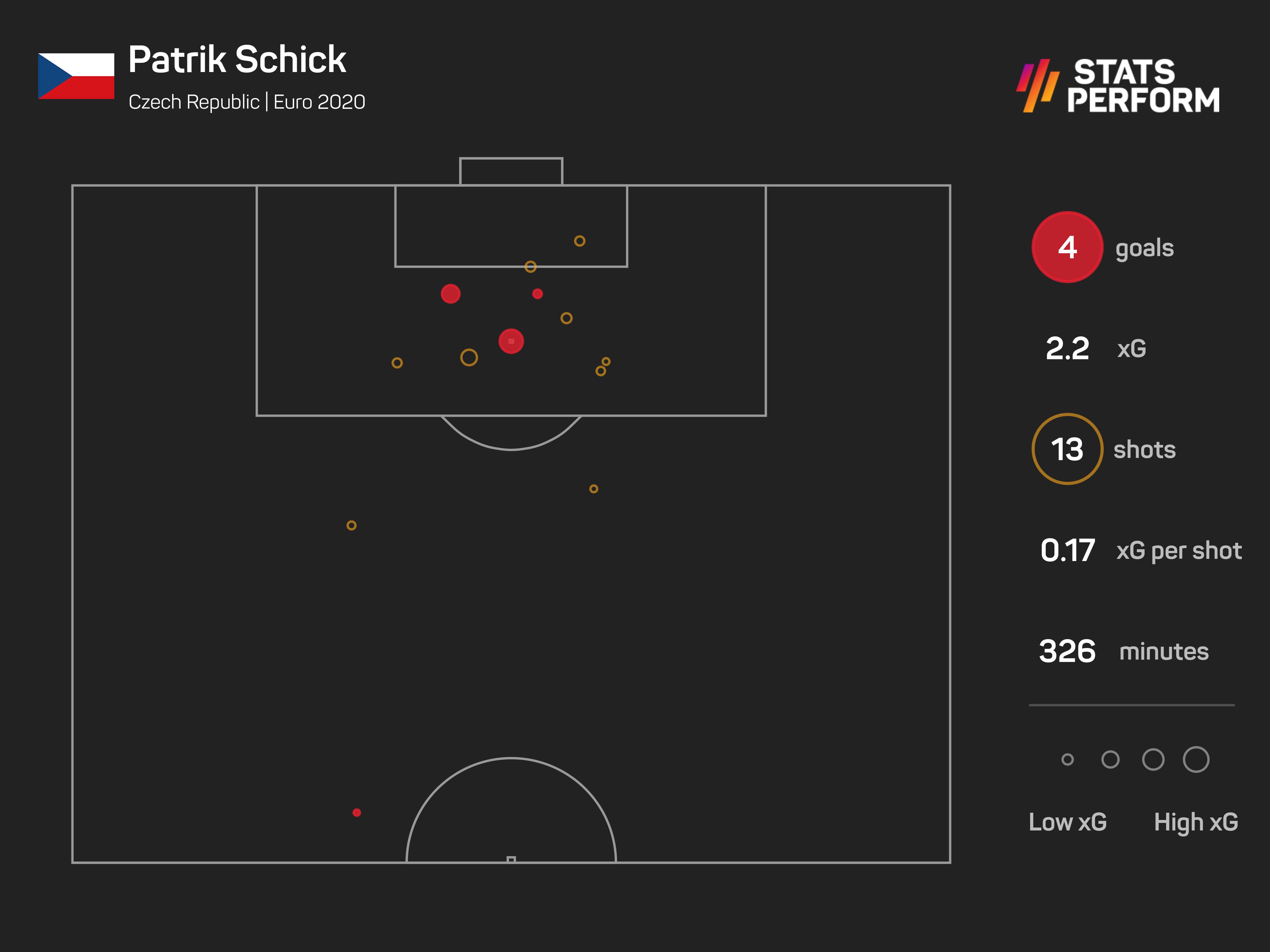 De Ligt's red card makes him an obvious scapegoat. Everything changed when he went off. Save for the effervescent Dumfries charging forward to draw a yellow card from Vladimir Coufal, making a block to rival de Ligt's earlier effort to thwart Pavel Kaderabek and still causing havoc in the opposition half, there was little to recommend about how de Boer's men responded to adversity – their game management very much a minute-by-minute, reactive endeavour.

Tomas Holes' 68th-minute opener hastened the capitulation and the Golden Boot-chasing Schick put the result beyond doubt with his fourth of the tournament. The Netherlands were out, having not conceded a goal at any stage with de Ligt on the field.

He will not have wanted to perversely prove his worth in this fashion. De Ligt's tendency to find positives will be put to its biggest test after this shot at greatness slipped through his fingers because the ball did not.