The prize acquisition of 'marquee consultant' Lucas Neill by the newly formed Golden Generation lobby group is a godsend for Australian football.

Not just because Neill, who played for Australia 96 times and captained the side at the 2010 FIFA World Cup, has a wealth of experience and knowledge to impart.

But because his decision to come out of a five-year hibernation - to offer his assistance - will be seen as a clear sign of the major concern the 'golden generation' have about the state of he game they once adorned.

The Golden Generation lobby group is a network of stars who played a key role in the Socceroos' 2006 World Cup campaign, where they reached the finals for the first time in 32 years and advanced to the round of 16 in Germany. 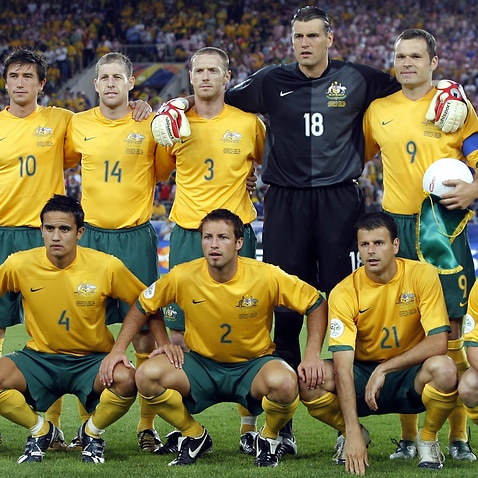 'Needs to be freshened up' - Australia's golden generation call for change

The importance of having a high-profile personality such as Neill cannot be overstated, especially since his close friend Moore has said that he remains a passionate supporter of the Australian game.

"He's as passionate as he's always been, he has a huge interest in what happens in Australia," Moore told Fairfax Media.

"Just because we have some people that live in Europe – that's not a negative for me, that's a real positive because it gives us insights as to what happens over there as well."

The group's main aim is to see the achievements of 2006 replicated and surpassed at male and female level. Its focus is five-fold:

a) uniting the game by aligning all competitions in winter;
b) re-booting the A-League by expanding it, removing the salary cap and introducing transfers;
c) expanding football's footprint by giving players more game time;
d) focusing on football by reducing its administration; and
e) owning the game's biggest asset by creating its own broadcast network.

The group's initiative is to be applauded because it shows that despite the problems our game faces, there are still many people - some of them very influential - who will not lie down and let the game disintegrate and die.

But their passion for change that gives a new meaning to the term 'giving something back to the game' would come to nought if their best recommendations are not followed through by the powers that be.

This is not the first time an advocacy group has been set up but most previous attempts at modernising the game and making it more efficiently run were disbanded due to lack of support from head office.

The current Football Federation Australia administration has gone out of its way to tell the football family that it's all for change and transparency.

Which is a huge relief after the draconian style of the previous administration.

And to be fair, there has been no serious evidence that the new FFA is not practising what is preaching.

And in chief executive James Johnson, the board has a 'football man' who appears to be the perfect conduit for a smooth transition of mentality and approach from the 'new football' to the 'lasting football'.

Nobody is in any doubt that, not for the first time, the game is at the crossroads and it is vital that decisions made today are the right and inspired ones because they will shape the game tomorrow.

Things are looking up, COVID-19 notwithstanding, and the 'golden generation' has provided the FFA and the rest of the football community with a set of tools with which to build the game's future together.

There will be disagreement on some recommendations, of course, but FFA would be foolish not to take heed of the advice of a group of players who have 'lived' European football for many years and are in a privileged position to advise what is, and what is not, a good football decision.