Nacional moved into the Copa Libertadores round-of-16 after picking up a 2-2 draw at River Plate Montevideo while Boca Juniors snared a maiden win in this season's campaign. 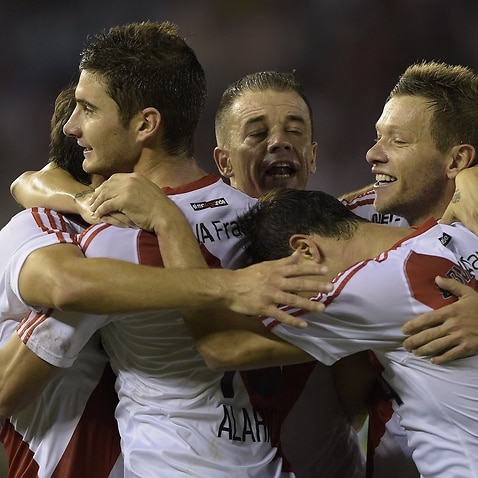 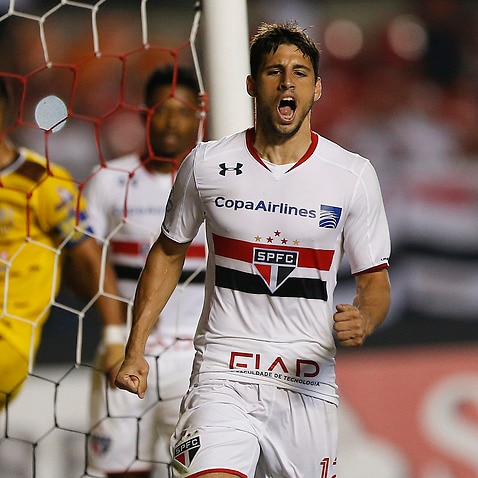 River took the lead after just five minutes through Cesar Tajan but it did not take long for Nacional to respond at the Estadio Centenario in Montevideo.

After Nacional won a free-kick in a dangerous position, defender Mauricio Victorino managed to slot the ball past the wall and goalkeeper Nicola Perez for the equaliser three minutes later.

A goal from Kevin Ramirez put Nacional ahead in the 72nd minute, and, even despite Ignacio Gonzalez's own goal, a draw was enough to see the three-time Libertadores winners qualify past the group stage.

However, the draw left River with no chance of making it into the last 16, while Rosario Central and Palmeiras will fight for the last spot in Group 2.

Boca Juniors finally got off the mark at the fourth attempt of asking courtesy of a 3-1 home win over Bolivar.

The Argentine giants had drawn their first three games of the group stage but finally managed to secure a victory to move second in Group 3.

Fernando Gago and Carlos Tevez scored in the first half, while Federico Carrizo sealed the points in the 49th minute.

Juanmi Callejon netted a consolation goal for the Bolivian side from the penalty spot with 18 minutes to play.

Racing Club sit atop of Group 3 after their 4-2 victory over Deportivo Cali.

Leandro Grimi, Lisandro Lopez and Oscar Romero scored in the first half to give Racing a comfortable lead, before Roger Martinez added a fourth in the second either side of goals from Andres Roa and Andres Perez for the Colombian side.

Meanwhile in Group 5, Esteban Paredes scored twice in the second half to seal a 2-1 come-from-behind win for Colo Colo at Melgar.