Rasic was head coach of the crop who spearheaded Australia’s maiden World Cup appearance in West Germany, where the Socceroos went on to suffer two defeats and a draw in a difficult group stage.

It took the Socceroos 32 more years to qualify for the World Cup once again, returning to Germany in 2006 for what was a historic campaign under Dutchman Guus Hiddink.

Boasting Australia’s ‘Golden Generation’, Hiddink’s side progressed to the round of 16 before suffering a painful defeat to eventual champions Italy in extra-time.

Hiddink’s time in charge heralded a new wave of interest in football across the country, an achievement Rasic believes falls just short of his time with Peter Wilson, Johnny Warren and co. 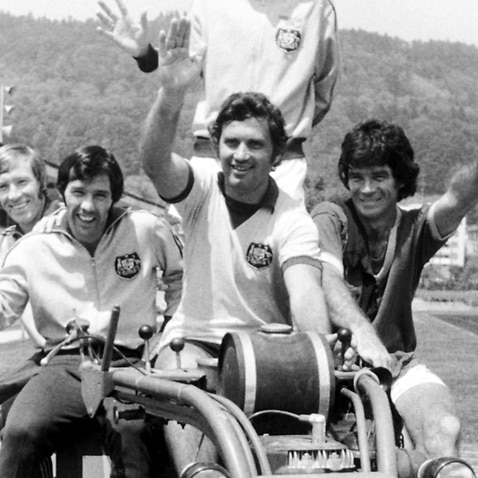 “Secondly, first is always first. History is made the first time and that was in 1973, in Hong Kong. This is when history was made.

“And that goal of Jimmy Mackay, if I could express that to you… if you watch that 24/7, every day - it’s never too much. The Socceroos made history.

“And (to the) second qualifier: congratulations to Viduka and the team but second is second.”