In an eleventh hour U-turn, Brisbane Roar have appointed foundation player and former general manager of their academy, Warren Moon as their new head coach - after Darren Davies passed on the top job.

Moon replaces Robbie Fowler, who didn't return from England after the A-League went on hiatus.

As recently as 24 hours ago, Welshman Davies - a former interim boss and one of Fowler’s assistants - had been pencilled in to take over on a full-time basis from the departed Liverpool legend.

But it’s understood former Melbourne Victory and Young Socceroos assistant Davies, 41, had a late change of heart and nominal number two Moon will he at the helm when fourth-placed Brisbane restart their A-League campaign against Adelaide United on Sunday at Cbus Super Stadium.

“It’s a great privilege to be appointed as coach of this great football club,” Moon said.

“As one of the club’s inaugural players, Brisbane Roar has always meant a great deal to me. It was an honour to return to the club in its Academy, and now to continue as head coach of its A-League squad.

“There’s plenty to play for this season and plenty of work to be done in the coming weeks. I’m excited for the challenge ahead and looking forward to working closely with a terrific group of coaches and a highly-talented playing group.”

Moon will be in charge for the next season at least, with Davies - who is contracted until 2021 - staying on as his assistant. 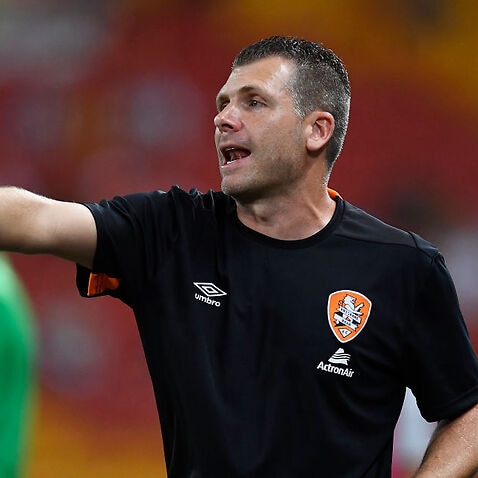 In what is a rapid elevation, Moon - who debuted for the Roar as a player back in 2005 - only took charge of the academy last August.

Moon, who is just 38, was previously head coach at NPL Queensland outfit Lions FC, leading them to the 2018 Queensland Premiership Championship double.

The Roar said that Moon will continue to maintain oversight of the Roar academy program.