Serbian Football Association (FSS) president Slavisa Kokeza has stepped down in the lead-up to the Balkan nation's opening 2022 FIFA World Cup qualifiers amid allegations of links to organised crime.

Kokeza was questioned by Serbian police for several hours last month and released after denying any wrongdoing but intense media and fan pressure have forced him to resign.

Kokeza is alleged to have links to the leaders of a Partizan Belgrade supporters' group who were arrested in January in what officials said was a major crackdown against football's links with the mafia.

Details from the police investigation leaked to the media include allegations of murder, kidnapping and drug trafficking.

The FSS named Kokeza's deputy Marko Pantelic as the interim chief until a new one is appointed.

"Treacherous accusations devoid of all truth have been made and in order to allow the national team to prepare in peace for the upcoming games, I have stepped down" Kokeza was quoted as saying by the state Tanjug news agency.

"I no longer wish to perform the duty because the slander has affected me as the FSS chief and my mission now is to clear my name and make sure the truth comes out." 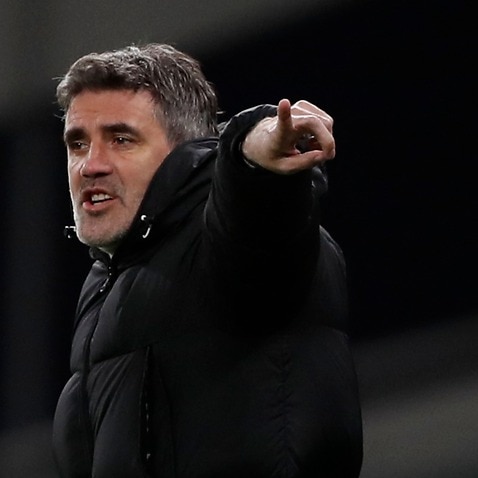 Serbia start their Group A campaign with home games against Ireland on Wednesday and Portugal on Saturday before they visit Azerbaijan on March 30.

Luxembourg are the group's other team.

The scandal is the second to rock the region in quick succession after Zoran Mamic stepped down as coach of Croatian champions Dinamo Zagreb last Monday upon learning he was to serve a prison sentence of four years and eight months for fraud.

The four had been charged with tax evasion and with siphoning off 116 million kuna ($A23.5m) from player transfers.

Dinamo celebrated a 3-0 home rout of Tottenham Hotspur on Thursday which gave them a 3-2 aggregate win over the Premier League side in their Europa League last-16 tie.