Pescara midfielder Sulley Muntari has had the one-match ban he received for a booking after protesting against being racially abused during a Serie A game overturned by the Italian Football Federation (FIGC).

Muntari was shown a yellow card for dissent after complaining of racist abuse from the stands during last weekend's match at Cagliari and responded by leaving the field before full-time.

The former AC Milan and Inter Milan player had earlier spoken to a group of fans at the Stadio Sant'Elia at half-time, giving his shirt to the a boy whose family were abusing him and asking them to set a better example. 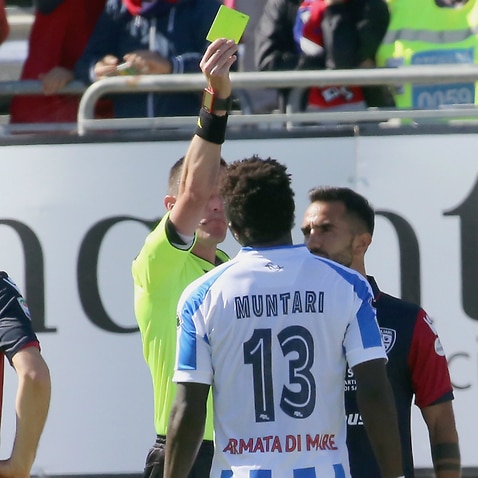 Muntari banned for one match after reporting racial abuse 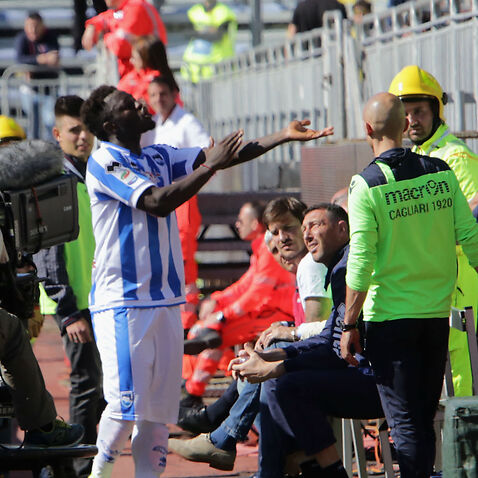 Serie A's disciplinary body initially upheld the sanction against Muntari, condemning a 'deplorable' incident but stating that too few fans were involved to trigger action against the racist chants under its guidelines.

The decision sparked global outcry and, after the Italian Footballers' Association lodged an appeal on the 32-year-old's behalf, it was decided on Friday he would be available for this weekend's game at home to Crotone.