Jose Mourinho claimed VAR is now taking over from the officials on the pitch following a contentious decision at Bramall Lane that gave Sheffield United victory over Tottenham.

Harry Kane thought he had equalised for Spurs a minute after Sander Berge had opened the scoring at Bramall Lane, only for his strike to be ruled out following a VAR check.

Lucas Moura was penalised by VAR official Michael Oliver for handball, even though he was tripped onto the ball by a United player.

Spurs' misery was compounded after the interval – Lys Mousset and Oli McBurnie making it 3-0 to United before Kane tucked in a late consolation, his 199th club goal. 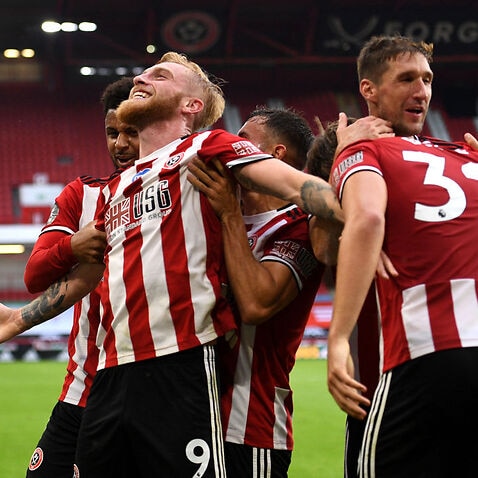 Tottenham swept aside by Sheffield United with the help of VAR

In his post-match news conference, Mourinho revealed his concern that the referees off the pitch are now more powerful than the officials on it.

"I think I cannot say what I feel. It's not the referee anymore," Mourinho said.

"The referee should be the man on the pitch. We are going into a direction which is really bad for what is a beautiful game."

Mourinho, however, insisted his side needed to be more resilient after their stroke of bad luck – Spurs controlled much of the possession in the second half, yet hardly threatened Dean Henderson's goal until Kane scored in the final minute of normal time.

"We have to do better," Mourinho added.

"We have to be mentally stronger to cope with what happened in the game. We cannot mentally die after Michael Oliver's decision.

"I know it's difficult to take, In the second half we had ball but we didn't have chances to change the game."