Tottenham have dropped 10 points from winning positions in 2020-21, something which Jose Mourinho puts down to individual errors.

Spurs looked set to be heading to third place in the Premier League thanks to Harry Kane's header against Fulham, but Mourinho's team were pegged back by Ivan Cavaleiro's brilliant 74th-minute effort.

After winning their opening three games of 2021 in all competitions by an aggregate score of 10-0, it was a reminder to Tottenham of their fragility when defending leads. Fulham fightback forces Spurs to settle for a draw 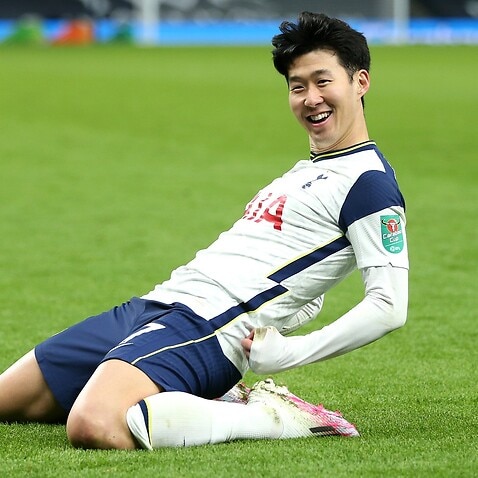 Tottenham have now dropped 10 points from winning positions in league games this season, and Mourinho blamed individual errors, while also rueing some glaring opportunities which were missed, with Son Heung-min twice failing to beat Alphonse Areola from close range prior to Kane's opener, before the South Korea forward hit the post in the second half.

"Three or four big chances in the first half to have a different result, the biggest chance of the second half would have killed the game and then again we concede a goal that is completely avoidable," a frustrated Mourinho told reporters.

"We could have killed the game and again we lose a man in the box. That happens the majority of time in set-pieces, this time it was in open play.

"Of course it is costing points, especially away we are winning and then we don't show that ambition to kill the game and many times it happens that in the last part of the game we concede.

"There are things that are individual, that are down to individual qualities and individual mistakes. Basically I cannot say much more than that.

"It's good that we play [soon]. It's not good that after that game on Sunday we have 10 days. At this moment though we just have to accept that."

Tottenham are at least unbeaten in their past eight London derbies in the Premier League (W3 D5), since a defeat to Mourinho's former club Chelsea last February.

Spurs managed just five attempts in the second half, compared to eight from Fulham, and Pierre-Emile Hojbjerg sees vast room for improvement.

"Very disappointing. I think we have to do better, in a couple of aspects of the game, it's difficult to speak right now because of the emotions," the midfielder told Amazon Prime Sport.

"More bravery, more focus in terms of organising the team and being solid as a team.

"It doesn't mean you have to stand in your own box and defend, it means that the team is compact, closes the lines. Executing the chances, I had a chance and had to score. Many details that we have to do better."

Scott Parker was angered by the Premier League rearranging this fixture in the wake of Aston Villa's coronavirus outbreak, but was delighted with the performance his team put in.

"Very impressed, I thought it was outstanding, everything about us," Parker said.

"Nobody knows what we've been through in the last couple of weeks, players in the squad who have had one day of training, to prepare and play like we did is what I'm pleased the most with.

"I'm proud of the team because of how we played in the circumstances but I'm even more proud of them because they showed some real quality."