Mourinho insists Manchester United's top-four hopes are not "dead" but recognises that the Red Devils must stop dropping points at Old Trafford to qualify for the Champions League via their Premier League standing.

United, who can also make Europe's premier competition by winning the Europa League, were held to a frustrating 1-1 draw against 10-man Bournemouth in an event-filled contest on Saturday, with Zlatan Ibrahimovic missing a second-half penalty. 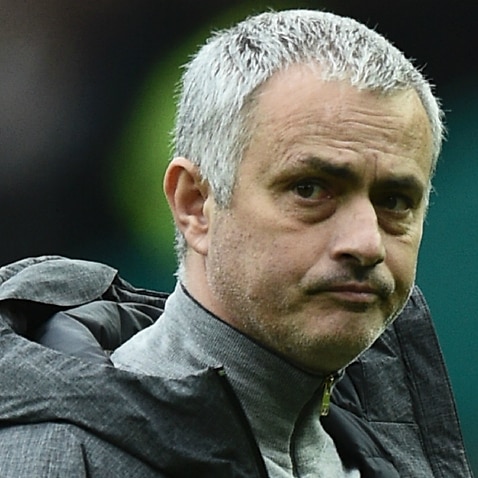 It was the 10th time United have drawn in the league this season and the seventh at Old Trafford.

Fourth-place Manchester City are three points ahead of their rivals with a game in hand, but Mourinho says all is not lost providing United turn draws into wins.

"Are we dead in relation to the top four? No. We are not dead," Mourinho told reporters. "These matches at home against Hull [City], Burnley, Bournemouth, Stoke [City], it is more of the same. We play well, we start well, we have one chance in the first minute and another in the third or fifth minute. But then their goalkeeper gets confident and he is eventually the man of the match."