England have an embarrassment of riches when it comes to creative players, but how many can Gareth Southgate fit into the team?

Mason Mount is relishing the battle for places in the England team, particularly with Jack Grealish and Phil Foden in the long term.

England manager Gareth Southgate has something of an embarrassment of riches in the attacking positions at the moment, with a host of players thriving at club level.

Mount has been a key man for Chelsea this term, playing more minutes (2,231) than any of his team-mates, while his 69 chances created is 41 more than anyone else.

He has been a creative pillar for the Blues, as further evidenced by his 168 passes into the box being by far the most among Chelsea players, while the fact he quickly won his place back after being left out for Thomas Tuchel's first game in charge speaks to his impressive mentality.

That attitude will surely stand him in good stead not only at club level but also for England, whose creative options seem to be improving with each international window. 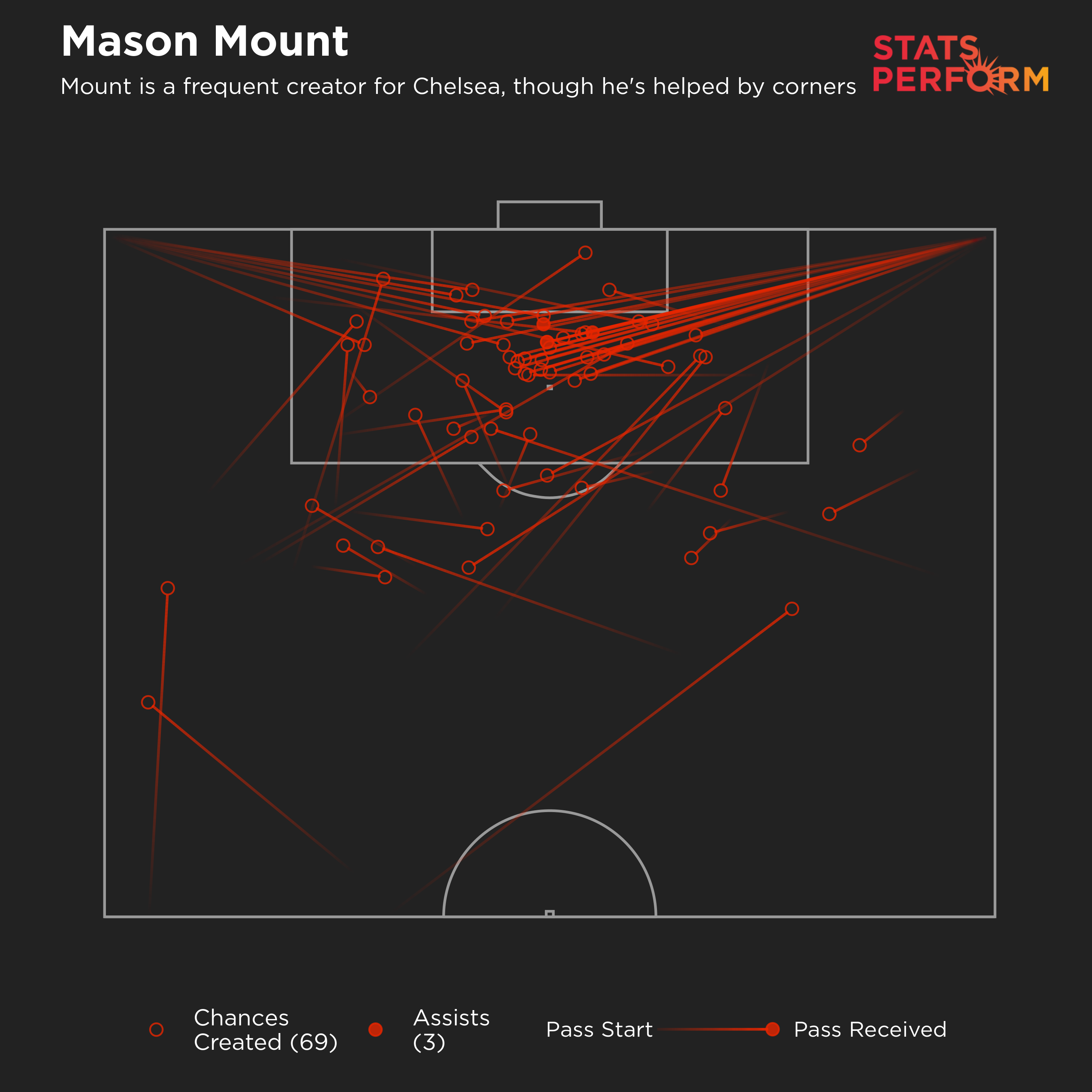 The advantage that Mount believes he has, however, is his versatility.

"I am always trying to improve," he told reporters ahead of England's opening 2022 World Cup qualifier against San Marino on Thursday. "I feel like I am versatile and can play in a deeper role and obviously in a more forward role. I'm always learning. I'm still young and I'm still learning.

"In terms of the formation, we are versatile as a team. In the modern game, you have to be ready to change if the other team are tactically different to what you have prepared for.

"We are ready for that, definitely. I feel like I can play in any position and I just want to understand, more and more, different positions."

Elaborating on England's strength in depth, Mount added: "There are so many good players in this team.

"I've seen Jack and Phil do brilliant things. It motivates me to want to do the same. We all have ambitions to win major trophies, at England and at club level we're all competing to want to do that."

Of course, Mount's comments help pose the question: can he line up alongside Grealish and Foden in the same team?

Well, they have done once already – against Iceland in November 2020, as all three started and England won 4-0.

Mount, occupying a deeper role, did catch the eye as he got the Three Lions' second goal, though Foden and Grealish were arguably more impressive. 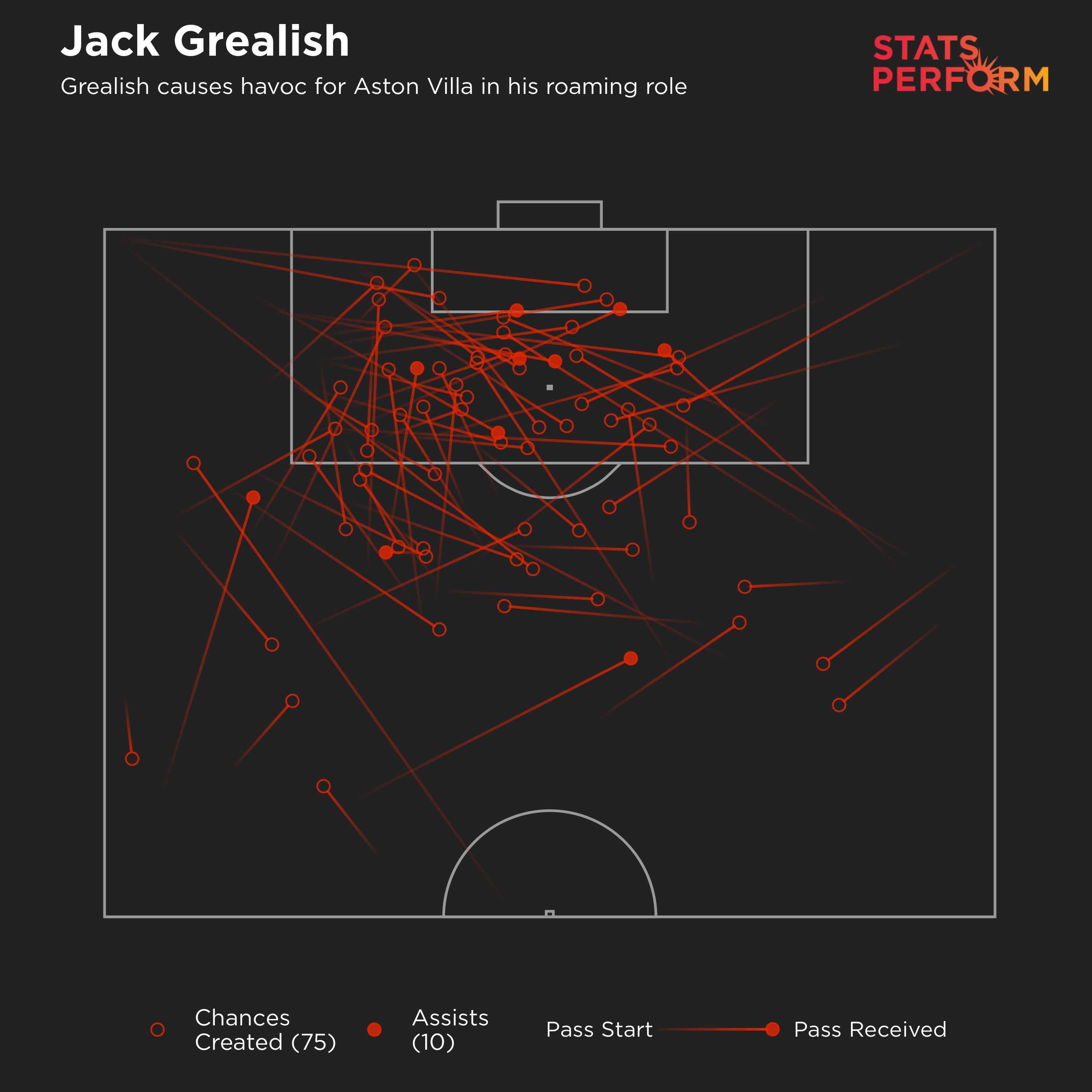 Playing from the left, Grealish – whose 75 key passes in the Premier League this season is bettered by only Bruno Fernandes – was lively and created three chances, while also winning 81.8 per cent of his 11 duels.

Of those involved in three duels or more, only Harry Maguire (15, 86.7 per cent) produced a stronger display, highlighting Grealish's competitive streak in the final third.

Foden's performance had a similar relentlessness to it, his record in duels identical to the numbers for Grealish, though he was more decisive in attack when on the ball.

The Manchester City talent scored twice, got an assist and laid on three chances, behind only Harry Kane on four.

As such, Mount's display could be considered a little less impactful for England going forward. Sure, his 87.8 per cent pass completion rate in the opposing half was good, but none were considered key passes.

It suggests that, while certainly possible to get all three into the line-up, if Southgate is to persist with his 3-4-3 formation, Mount will be the one shoe-horned into the team.

With that in mind, it seems likely Mount's greatest strength – his creativity – could become stifled.

However, with Grealish absent through injury, Mount has another opportunity to stake his claim as a key player in this team – succeeding in that respect will surely be reflected by an elevated status, with England's central midfield often crying out for more creativity in recent years.