Llorente has become the second Spain player to test positive for coronavirus in the lead-up to the European Championship.

The Spanish federation announced Llorente's test result on Wednesday and was put into isolation, two days after captain Sergio Busquets had to leave the team's training camp after he contracted the virus.

No other player had tested positive, the federation said.

Llorente's positive result was made public not long after Spain's under-21 squad beat Lithuania 4-0 on Wednesday in Madrid in a match that was supposed to be played by the senior team as their final warm-up before "La Roja" opened their Euro 2020 campaign against Sweden on Monday in Seville. 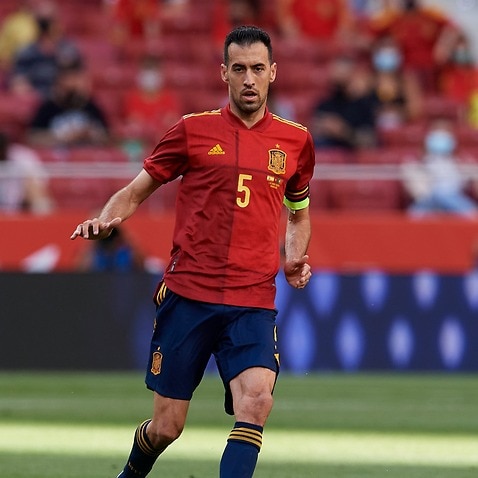 The Spanish federation did not say whether Busquets or Llorente would be cut from the squad, but coach Luis Enrique has already called up six plays to practice separately at the team's training camp.

He has until Saturday to make changes to his initial list in case of injuries or COVID-19 cases.

Goalkeeper Kepa Arrizabalaga and defender Raul Albiol were expected to begin training in the separate bubble on Wednesday, joining Rodrigo Moreno, Pablo Fornals, Carlos Soler and Brais Mendez, who all arrived earlier in the week.

Players who test positive must stay in isolation for at least 10 days, meaning both Busquets and Llorente will miss the opener against Sweden.

It would also be unlikely they would be fit for Spain's second match against Poland on June 19. The team's final Group E match will be against Slovakia on June 23, also in Seville.

The Euros begin on Saturday (AEST) when Italy host Turkey.