Spain's penalty shoot-out defeat to Italy will live long in the memory of Alvaro Morata for all the wrong reasons after his crucial failure from the spot, but La Roja wouldn't have even got to extra-time without the maligned striker's historic goal.

Roberto Mancini's Azzurri appeared to be heading to the final thanks to Federico Chiesa's gorgeous opener, but Morata – a second-half substitute – levelled in the 80th minute to force extra-time.

Morata had been dropped from the starting XI after being withdrawn early in the second half of the quarter-final against Switzerland.

Although the forward, on loan at Juventus from Atletico Madrid, had been a regular source of frustration in Euro 2020, with his six Opta-defined big chances missed being more than any other player at the tournament, that decision still came as something as a surprise given Luis Enrique's staunch backing of him.

The coach was seemingly banking on the dynamism of Dani Olmo, Ferran Torres and Mikel Oyarzabal causing issues for Italy's aging centre-back pairing, but with Spain chasing the game he turned to the much-maligned striker.

Morata vindicated his introduction, with his fine goal taking him to three for Euro 2020 and six in all European Championship tournaments, setting a new record for La Roja.

His confident left-footed finish moves Morata ahead of Fernando Torres in that regard, while it also made him only the second player in Euros history to score three or more in multiple editions of the competition after Cristiano Ronaldo.

But Morata saw his spot-kick saved by Gianluigi Donnarumma in the shoot-out, the Italy goalkeeper diving to his left to easily keep the feeble attempt at bay. Jorginho coolly swept home his effort a few moments later to send the Azzurri into the final. 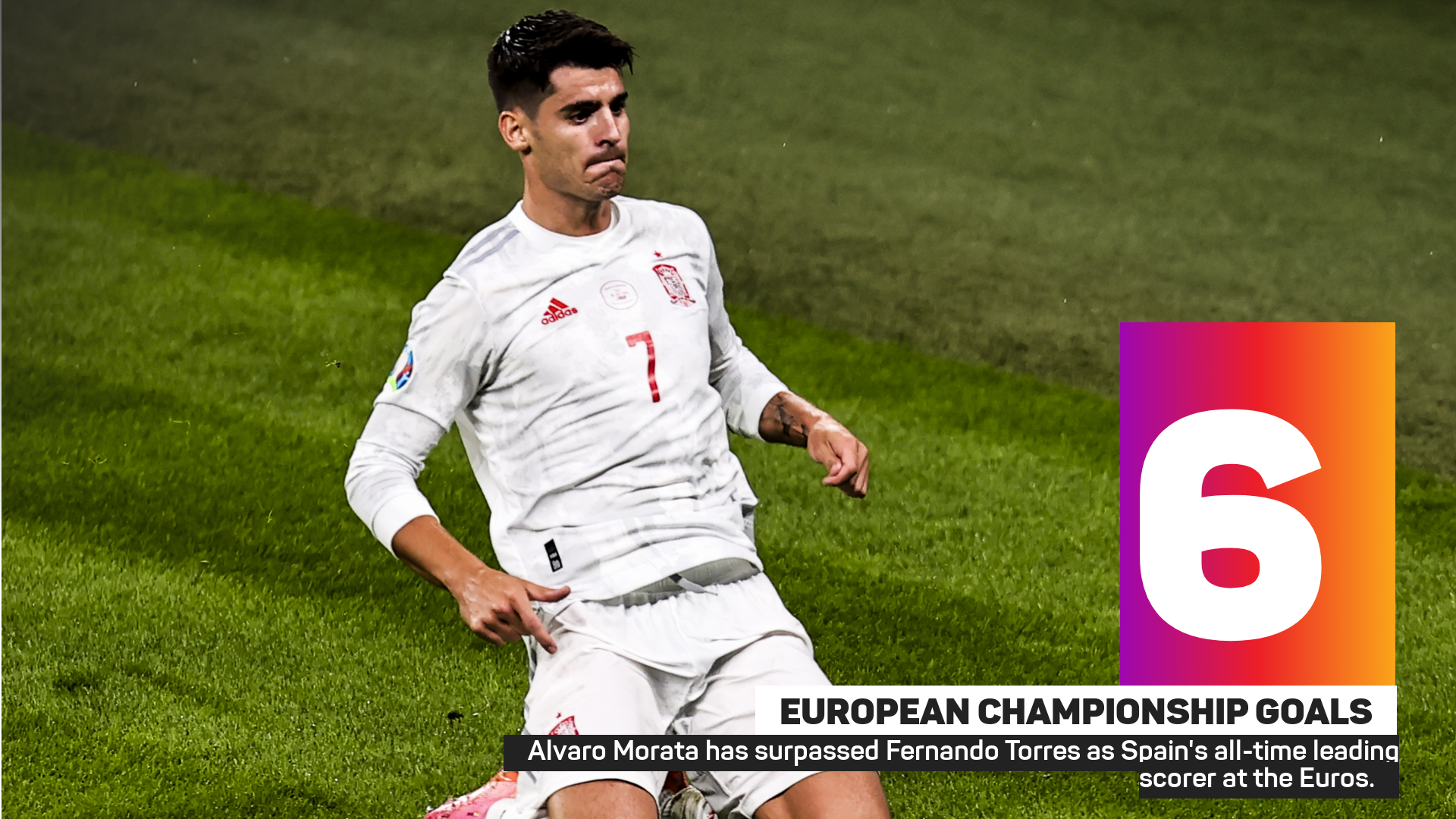