Spain boss Luis Enrique has described the abuse received by Alvaro Morata as a "crime" and says it should be a matter for the police.

Morata has been the focus of attention since being jeered by his own fans during a pre-Euro 2020 friendly with Portugal after missing several opportunities.

He was then criticised for his displays in Spain's 0-0 draw with Sweden in their Group E opener and 1-1 draw with Poland, a game in which he scored but missed more chances.

The Juventus striker, whose loan from Atletico Madrid was extended for another season last week, then missed a penalty in Thursday's 5-0 win against Slovakia, which saw Spain progress from their group in second place.

Morata revealed in an interview that he has received vicious messages on social media during the tournament, while his wife and children have also been targeted in public.

Luis Enrique has repeatedly leapt to the defence of Morata for his performances and is expected to stick with the 28-year-old for the last-16 tie with Croatia on Monday.

Speaking at a media conference, the Spain boss said: "The situation is so serious that it must be put in the hands of the police because it is a serious crime.

"Insulting Morata's relatives is a crime and I hope it is corrected outright." 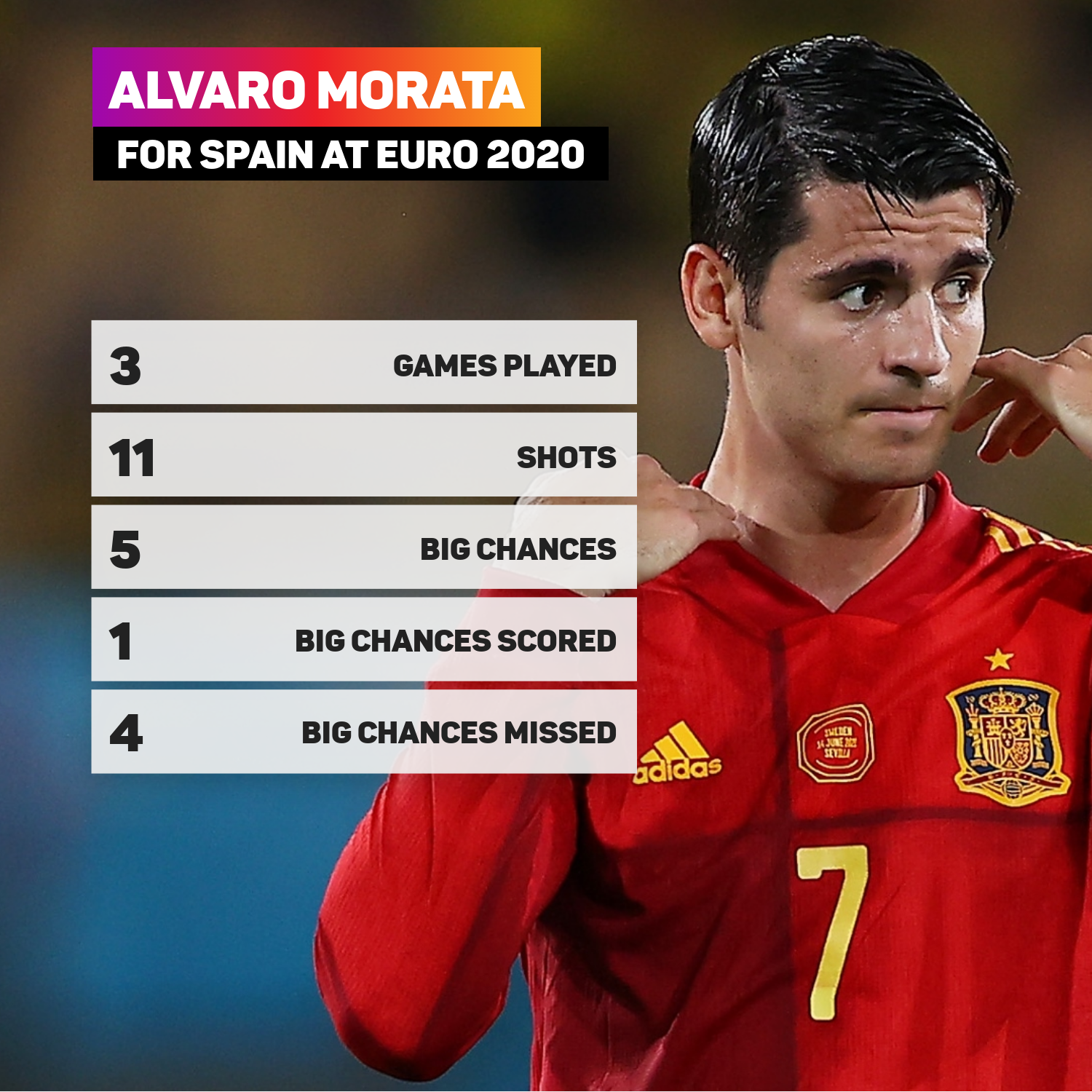 Spain will hope to end a run of falling at the first hurdle in the knockouts of a major tournament when they face Croatia.

Despite that, Luis Enrique said his side have no doubts about their ability to get past Croatia.

"I have had the same confidence since the start of the Championship," he added.

"No team has surprised us. I thought we were going to be first in the group, but football is the result. But in terms of morale and dedication, we are at the max.

"We have not been there since 2012, but against Slovakia we had to win and now we have another final. I don't know if we are going to pass, but my team has no doubts. We are going to try to minimise the threat of the rival."

The match will be Croatia and Spain's third major tournament meeting, with both previous such clashes coming in European Championship group stages. Both sides won once each: Spain in 2012 and Croatia in 2016.