The likely unavailability of playmaker Aaron Mooy for the Socceroos in next month's 2019 AFC Asian Cup would not be the end of the world.

The Huddersfield Town midfielder is battling a severe injury to his right knee yet coach Graham Arnold has named him in a final 23-man squad for the championship in the United Arab Emirates that kicks off on 6 January.

It is a measure of the Socceroos' reliance on their key playmaker that they did not fully agree with the Terriers' initial diagnosis of Mooy's condition and their decision to rule him out of the event.

Arnold opted for further tests before taking the gamble of naming him for the Asian Cup just in case he does make what would seem like an improbable recovery.

Arnold said after naming his squad that "Aaron himself asked for a second opinion" because he wanted to take part in his second major tournament in seven months after playing with distinction for Australia at the 2018 FIFA World Cup. 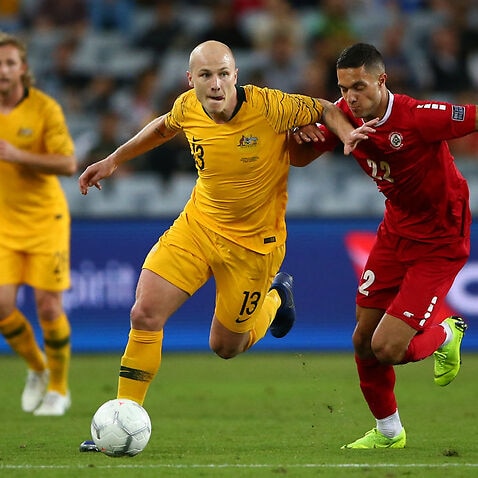 Yet if Mooy does not recover in time, Arnold could be tempted to ask himself if the role of playmaker is all that important and whether the job in the UAE could be shared around by three or four 'mini playmakers'.

If the Socceroos midfielders and fullbacks are prepared to make collective sacrifices by pressing the opposition, winning the ball, keeping it and playing it to the front three, would they actually need a player to make that jaw-dropping pass that often creates a scoring opportunity?

If midfield guys like Mark Milligan, Massimo Luongo, Jackson Irvine, Tom Rogic or Martin Boyle - not to mention fullbacks Josh Risdon and Aziz Behich - can read the play, get the team going as a midfield unit and supply their forwards with quality balls where it matters most in the penalty area, would this not make up for the absence of an 'official' playmaker?

The game today is ever more about the collective than the individual and some of the most successful teams abroad are finding that the playmaker's role is not the be-all-and-end-all of the game.

This is not to say that the position is a luxury that teams can ill afford like the sweeper's role which became redundant two decades ago.

Real Madrid, for example, see Luka Modric as their creator-in-chief. Tottenham Hotspur are in the same boat with Christian Eriksen.

But in-form Liverpool are different.

Since the departure of Brazil wizard Philippe Coutinho, the Reds have been criticised for lacking pure quality in midfield but former Reds defender Stephen Warnock, who is now a television pundit, strongly disagrees.

"I get frustrated when I hear people saying Liverpool's midfield is not creative enough or does not provide enough assists because if they are winning the ball back and feeding key players in key areas, then they are doing exactly what they are supposed to," he told the BBC.

"Whoever is in there, they are stopping the opposition from reaching the Liverpool defence and also giving the Reds' strikers more opportunities because they are so high up the pitch when they get the ball back."

Who is to say that a collective playmaker's role will not work for the Socceroos in their defence of the title they won in 2015?

Australia are in Group A of the 24-team tournament and will play Jordan in Al Ain on 6 January, Palestine in Dubai on 11 January and Syria in Al Ain on 16 January.