Redknapp, who worked with the likes of Luka Modric and Gareth Bale at Spurs and Rio Ferdinand and Frank Lampard at West Ham, is renowned for his whimsical one-liners and sharp quips.

But the man who coached against Australia in a caretaker capacity with Jordan in 2016, was deadly earnest when assessing the merits of the Huddersfield Town fulcrum after a landmark debut season in the Premier League, with his contribution key in David Wagner’s men cheating the odds to beat the drop.

Redknapp, whose last coaching gig was with Birmingham City, has followed Mooy’s fortunes as a TV and radio pundit - and he likes what the 27-year-old has dished up.

“I’m not trying to be funny but he’s a player who could go to Barcelona tomorrow and not look out of place. I think he’s that good,” Redknapp said.

“He’s an excellent player ... he’s one of those who never gives the ball away. And that’s a rare thing.

“He’s calm on the ball, always seems to have options and he sees everything. 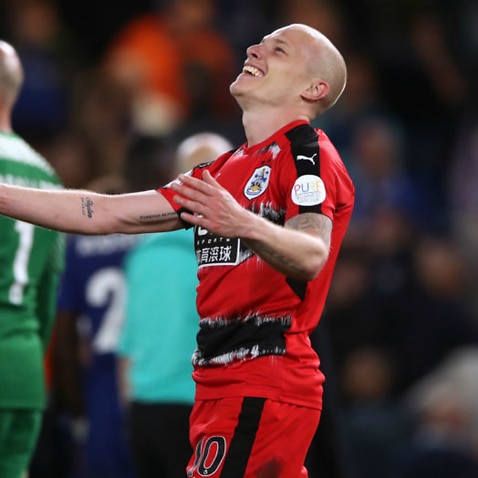 “He started the season really well, he was dominating things but then maybe lost his way a little bit but finished strong.

“He is never rushed in what he does and that’s because he’s aware of everything around him, and knows which is the best option to take.”

Redknapp believes Manchester City, who brought Mooy to England from Melbourne City and immediately loaned him to Huddersfield, might have been premature in subsequently selling him to the Terriers, who paid a club record A$18 million.

“It was good business for City because they got him for very little,” he added.

“But I think he could easily play in that midfield for Pep Guardiola and do a good job.

“He’s not quick but he’s a proper footballer whose got a brain that’s usually a couple of moves ahead.”

Mooy, who has two years remaining on his Huddersfield contract, would likely fetch around A$25 million were he to be sold, with West Ham - according to the UK media - keen to prize him away from the John Smith’s Stadium.

A recent Hammers fans poll put him high on the list of players supporters would like to see whoever replaces the departed David Moyes bring to London Stadium next season.

Redknapp, who played for and managed the cockney club, can understand why.

“It depends who goes in there as the new manager ... but fans would like him at West Ham,” he said. “He’d be their sort of player.” 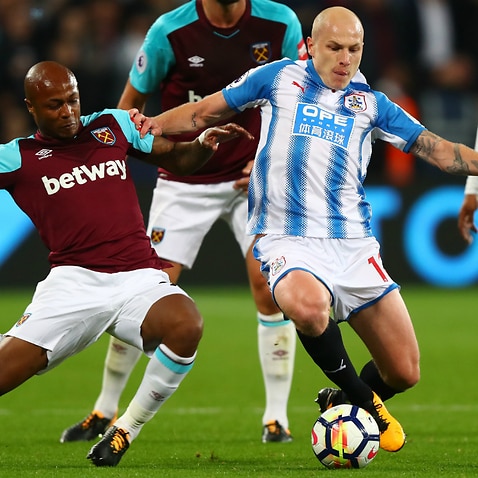 Redknapp stopped short of advocating that Mooy needs to leave Huddersfield to fulfill his potential.

“I don’t want upset anybody by saying that. The reality is he’s got a good manager there in David Wagner and he’s playing Premier League football,” he added.

“But I would say though that the way he plays, he’s made for a passing team. He’d be no good anywhere where they pump it long and play direct.”

Having been on the receiving end of a 5-1 World Cup hammering from the Socceroos while at the helm with Jordan, Redknapp believes Australia have a fighting chance in Russia in a group including France, Denmark and Peru.

“Look, it’s a tough group but Australia are one of those teams which nobody would want to feel confident coming up against,” he insisted.

“They can give anybody a problem on their day. They have strong, athletic players who never give up.

“But there’s also technical quality there with players like Mooy, Tom Rogic and Massimo Luongo.

“Of course Rogic has just signed on for five more years at Celtic, but could play in the Premier League. No problem. I like him a lot as a player.“