Socceroos great Craig Moore believes Australian football has not progressed as quickly as it should, and there needs to be more action and less talk.

A member of the ‘Golden Generation’, Moore played in two FIFA World Cups for the green and gold and had a sterling playing career in Europe. He believes the success of continued World Cup qualification, hosting the 2015 Asian Cup, the rise of the Matildas and the country’s massive participation base has not been adequately capitalised on in terms of reforms and growth.

“Our game hasn’t gone forward, it’s chugged away at a slow pace,” the former Socceroo skipper told The World Game.

“We should be so much further forward. We should already be in a situation where we’ve got a second division and talking about promotion. 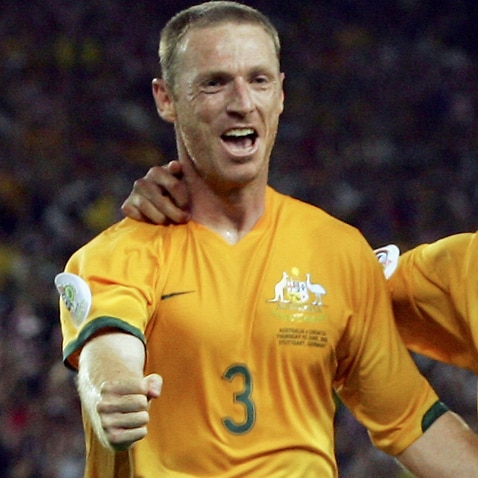 “Maybe not relegation, but we haven’t been proactive enough. And then we’ve got the issue with the broadcast, but a lot of people have not been excited about our game for a long, long time. And that tells you the changes have been too late, the changes should have already have happened because you’ve lost the interest of a lot of people.

“You know the challenges with the other codes in Australia anyway. They don’t need to do much to prevent our progression because we’re very good at doing it ourselves.

“We need to make changes. The game is at a crossroads. I feel so sorry for everyone involved in the game at the moment in Australia because nobody knows what’s going to happen next season and we should never be in that position with the Women’s World Cup coming in 2023, with continual qualification of World Cups, we should never be in this position.

“Unfortunately James Johnson is now picking up the pieces of David Gallop who fell asleep at the wheel.”

Debate continues to rage over the issue of a national second division and the future broadcast deal for the A-League. According to Moore, capped 52 times for the Socceroos, while Fox Sports have put a lot of money into the sport they have also contributed to “holding back” football in Australia.

“And then all of a sudden you’ve got a better opportunity to entice future investors of the game, broadcasters – whoever that may be. Fox, as great as they have been and sunk a lot of money into the game, I think they’ve also held the game back.

“We need something exciting, we need something that people want to follow and want to engage with. The A-League with only 11, 12 teams it doesn’t do that. You need more.”

Now based in Scotland, Moore has continued to keep a close eye on the A-League. The former Rangers, Newcastle United, Crystal Palace, Borussia Monchengladbach, Kavala and Brisbane Roar defender has been impressed by the competition in 2020-2021.

“I think the A-league has been a decent product this season,” he said.

“When you don’t have relegation then I’ve never understood why younger players are not given the opportunity. I understand they need to be given the right to get that opportunity but when you see players that have gone around six, seven, eight years and then you’ve got a younger player that’s showing potential, for me give that younger player an opportunity.

“Get him in there, get him amongst it, see what he can do and clubs must be doing that because that’s the football model. Get the younger players in, hope that they do well, have a marketing strategy those players, have good networks and sell them.”