Joe Montemurro has revealed he received an informal approach from Football Federation Australia about the Matildas head coaching role, but says he is committed to Arsenal and continuing his success in the England’s Women’s Super League.

Ante Milicic’s future with Australia is in doubt with the coach expected to join new A-League expansion club Macarthur FC next season.

Former Melbourne City boss Montemurro has been thrown up as a candidate to replace Milicic with the national team, after winning silverware with City in the W-League and then with the Gunners in the UK.

But the 50-year-old, who recently returned to England, said he has had no official offer from FFA and is happy in north London.

“I haven’t had any official offers or approaches from FFA,” Montemurro told The World Game.

“I’ve only had just a very quick catch-up and chat with a board member on an informal scenario – but no official offers or approaches in regards to the position. I’m sure they have top coaches in mind that they think that could take the Matildas to the next level.

“It’s very hard to be interested in something that’s not there, I’ve got nothing to think about. There’s no offer, there’s no official opportunity. “If that does come, then I’ll think about it and see what comes of it. The reality is I have contract at Arsenal and every session, every day and every game is geared towards doing the best I can at Arsenal at the moment.”

“I love what I do, I’m very, very lucky to be given this opportunity and to use it as a platform for a great club like Arsenal. Hopefully we keep continuing to have the on field and off field success as a group and long may it last.”

Montermurro has also been linked to the England women’s head coaching position, to be vacated by Phil Neville next year, which has already received a reported 142 applications.

“Look again, like the Matildas job, there’s nothing really to think about or discuss,” he said.

“There were some media reports saying it would be an amazing honour to take an amazing brand and to lead a historical football nation to big tournaments. But it’s very difficult to make any decisions or thought processes without anything tangible.

“I’m sure that they’ll find someone of an amazing standard. There’d be people out there better than me and more suited to that role.”

“We had the opportunity to give Steph and Lydia a chance to join the group and we’re really happy to have them here. I hope they enjoy it as much as I will.” 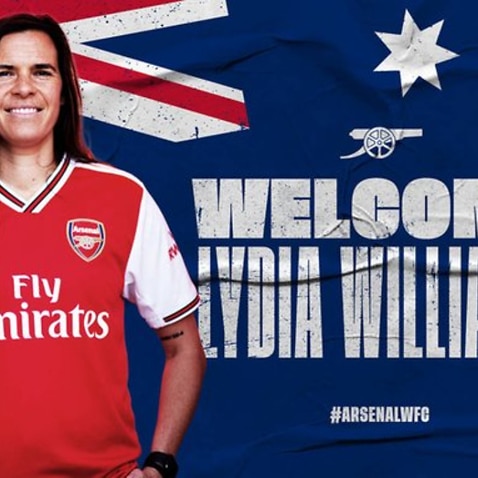 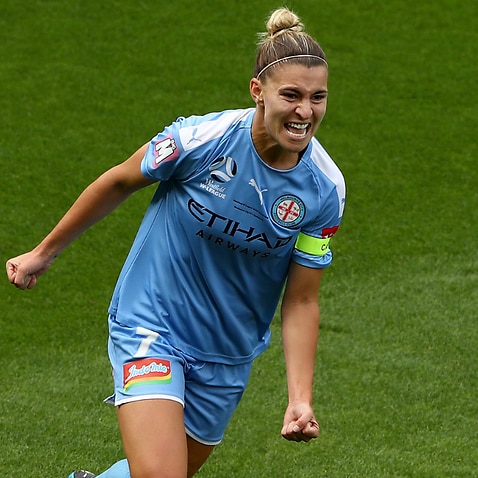 A number of Australian players have made moves to England’s Super League, including Hayley Raso to Everton, Chloe Logarzo to Bristol City and Sam Kerr to Chelsea.

More are expected to follow them in the coming months and depart the W-League, and Montermurro believes it will improve their own games.

“If they are of the level, if they fit the ability to be in these professional environments then it’s going to benefit them in the end,” he said.

“If they have the opportunity to come and get the realities of 30/40 games, Cup competitions, European tournaments and be exposed to the best in the world, then they will find that they will get better too.

“I think it’s a win-win for everyone, for the player and the organisation in terms of lifting their standards.

"I’ve got three Australians, three Dutch, three Swiss, three English and three Scots (at Arsenal), so I seem to be working in threes for some reason.

“Any professional athlete wants to be in the best leagues or amongst the best players.

"If you are a true pro athlete, you want to be with the best and at the moment the English clubs and the English league is probably one of the best in the world.

“It’s an amazing opportunity for our (Aussie) players to be up against the best players in the world, the best clubs in the world. It’s a true way of them being challenged to be the best.

“It’s great that the clubs are giving these Australian players an opportunity, but also see that the players are a high level to be given that opportunity.”