It’s fair to say the last 12 months has seen a meteoric rise for the profile of Chinese football.

Long considered a backwater and in some parts a laughing stock for their inability to qualify for the FIFA World Cup, the term ‘Chinese football’ means much more now than it did 12 months ago.

Unprecedented spending from Chinese Super League clubs has been unmatched around the world, with Chinese companies taking ownership of a number of clubs across Europe. The most notable of which being Suning’s acquisition of Italian giants Inter Milan.

But what does it mean for the power balance of world football? Will it last? Is it sustainable? And when will it end? These are just some of the questions fans the world over are asking as China continues its land grab of football assets, with the legendary Liverpool next in line for Chinese investment if you believe the reports.

According to Professor Simon Chadwick, Professor of Sports Enterprise at the University of Salford, who has written extensively about the growth in Chinese football, we’re unlikely to see Chinese investment slow down any time soon. 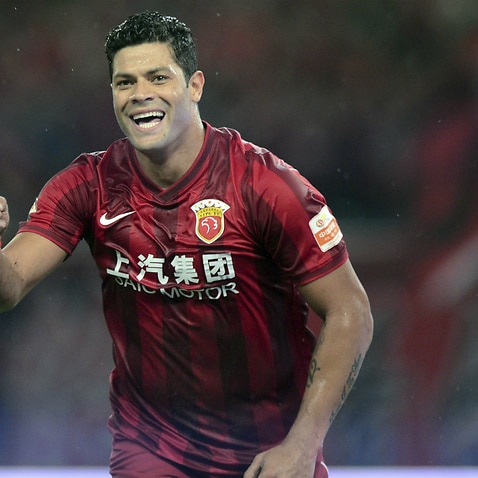 All that glisters is in China

“It is likely that we will see further acquisitions, some high profile,” he told The World Game.

“At one level, the purchases will continue until such time that China feels that it knows enough about football to start going it alone. At another level though, football is currently sitting centre-stage in a game of international diplomacy that sees China positioning itself for bigger industrial and commercial deals through its investments in football.”

And he believes we’re already seeing the result of China’s investment.

“It has already shaken-up football, whether football realises it or not,” Chadwick said.

“When Sepp Blatter was re-elected president of FIFA in May 2015, Wang Jianlin was sat next to him. Since then, Wang’s Wanda corporation has become a FIFA sponsor and has also bought Infront Sport and Media, which works very closely with FIFA.

“China is already right at the very heart of football - networking, lobbying, influencing. In 10 years time, China will be embedded at the top of world football’s hierarchy.”

Were it not for the politicking at the AFC Extraordinary Congress in Goa two weeks ago we’d already have a Chinese man on the new FIFA Council, with Zhang Jian, vice chairman and general secretary of the Chinese Football Association, widely expected to be elected, increasing China’s influence at the very top of FIFA.

It seems only a matter of time before China hosts a FIFA World Cup, with Jian telling reporters in South Korea last month: “Although it is a case of the sooner the better, we will aim to do so at the right time. It seems that around 2030 or 2034 will provide a good opportunity for China.”

There are increasing concerns about the sustainability of China’s investment, however, especially as the majority of it is linked to the property market, with concerns expressed about what happens if the property bubble bursts.

“China has sufficient resources to maintain this level of investment for some time to come,” Chadwick explained. “However, as we are seeing in, for example, property there is a Chinese bubble effect and an over-heating of the market.

“Football is very often linked to property interests, Evergrande possibly being the most notable example, hence if the property bubble bursts, it could have a knock-on effect on football. “Furthermore, there are some fundamental instabilities within the Chinese economy which, should China crash, would severely and adversely affect the country’s football investments.”

One company at the forefront of the investment not linked to the property market is Suning, the electronics giant who purchased Jiangsu Sainty (now Jiangsu Suning) in December last year, and immediately announced itself on the world stage by signing big name stars Ramires and Alex Teixeira, shattering the Asian transfer fee record in the process.

Just six months later they made world headlines again when they took ownership of Inter Milan in a deal worth over $300 million, amid reports they were also interested in purchasing Stellar Group, one of the world’s leading player agencies.

It is part of a much larger vision for Suning to own an entire football ecosystem, with sports marketing companies and broadcast platforms also in their sights. From a pure football point of view, how Suning balance the needs of Jiangsu and Inter Milan will be important, and whether a natural hierarchy develops as is the case with the City Football Group and its entities in England, America, Australia and Japan.

“For us, they are of equal importance. It is obvious to all from the player transfer investments of (Jiangsu) Suning and Inter this season, we spared no effort on strengthening the teams.”

It is widely recognised that a key motive behind purchasing European clubs is the access to their intellectual property; the decades of know-how on how to run a professional football club, and Jun has no doubt Jiangsu will benefit from Suning’s cross-ownership.

“Inter Milan is a traditional strong club in Europe, whose operating experience certainly is worth us, as a Chinese club, learning from,” he explained.

“(Aspects) such as the team’s management, the club brand establishment, business operation and development, and fan management.  Those advanced concepts are what we need to study to help improve the Suning Football Club.”

A common belief around the world is that this investment boom is driven by the fact Chinese President Xi Jinping is a football fan, a view Chadwick doesn’t subscribe to.

“Notions that what we are seeing is because Xi is a football fan are fanciful, naïve and inaccurate,” he explained.

“Football is only a means to an end, not an end in itself. The ‘end’ in question is for China to build the world’s largest domestic sport economy by 2025 – worth $850 billion.

“Football is a central part of the drive towards this goal, but nevertheless still only one part. We have seen this sort of industrial development in other sectors, for example in the electronics and automotive sectors - heavy investment, overseas acquisitions and so forth. Hence, this is what we are seeing now in sport and, more specifically, football. “This is driven by Xi but is not Xi dependent.”

Jun also explained the investment was for the betterment of Chinese sport as a whole, and not just football.

“China’s sports industry is gradually developing and China’s capital investment in foreign clubs is also at the growing phase,” he said.

“The most basic (desire) is to have more sports professionals and to learn the advanced sports concepts with which to help improve China’s sports industry.

“As for the long-term goal of Suning, the sports industry must benefit every Chinese (individual) to let more people participate in sport and feel the happiness from it.  At the same time, we wish for Chinese sport, whether it’s football or other events, to go hand in hand to truly make China a strong sports power.”

But what do the fans around the world think? It’s hard to deny there is a large anti-China sentiment that exists in large parts of the western world, and could this have an impact on China’s ambitions?

Could fans grow tired of the growing “take over” of football by Chinese companies and Chinese interests?

“In England, one gets the sense that fans don’t care who owns their club so long as the club is winning. Problems may arise if Chinese-owned clubs across England and in Europe are singularly failing to succeed, leading people to question why they are permitted to own foreign clubs.

“We’ve seen some nice early touches by Chinese investors here in England, for example at West Brom where the club’s new owners gave fans a free drink. But West Brom fans want more than this; they want success and are looking to the owners to make some big signings.

“As such, until the likes of the West Midlands club starts buying players and climbing the Premier League table, then the jury is likely to remain out on the appeal of a club having Chinese owners.”

The reality is that whether people like it or not, this is the new normal. China will increasingly begin to dominate in the boardrooms of European and world football.

Whether this translates into immediate or even long-term success for China is the multi-billion dollar question, and only time will tell, but one thing is for certain, it won’t be through lack of trying.