The footballer's profession should be grateful for the ground-breaking Bosman Ruling of 1995 that changed the players' lives and turned the world of football upside down.

Yet 25 years on, the man at the centre of the seminal moment in the game's history - Belgian journeyman Jean-Marc Bosman - is a forgotten and broken freedom fighter because over the years the world's top players have had little inclination to help the man to whom they owe their riches and freedoms.

Bosman was an ordinary midfielder for RFC Liege in Belgium in 1990 when he tried to sign for French second division club Dunkirk after his two-year contract was up.

At the time clubs could retain the registration of players even after their contract expired so Liege refused to release him unless they were remunerated.

Bosman took Liege, the Belgian Football Association and UEFA to court and ... guess what ... he won. 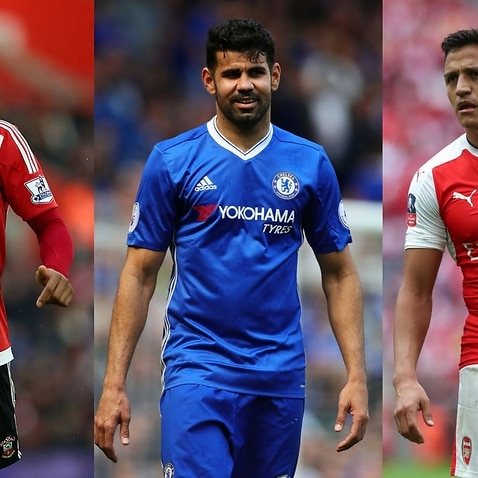 The five Premier League stars out to force their dream moves

After five years of costly legal battles the European Court of Justice decreed on December 15 that Bosman, same as anyone else in the labour force, became a free agent when his contact expired.

The ruling had worldwide ramifications because its second decree that European players should have freedom of movement forced FIFA to adopt the decision universally.

The ruling instantly gave the world's players the kind of power they could only dream of.

It meant that if, for example, a club wanted to sign an uncontracted player it effectively could pay him as much as he wanted - if they could afford to - because it did not have to pay a transfer fee any more.

The 'Bosman' turned battlers into well off players and millionaires into billionaires.

Bosman's triumph against all the odds should have secured his playing and financial future but it was not to be.

His career fizzled out after 1995 and he turned to drink, suffered a broken marriage and had long bouts of depression. Nobody, it seemed, wanted to have anything to do with him.

Former French international David Ginola, who is now a pundit, has highlighted 56-year-old Bosman's plight in a documentary to be aired in Britain this weekend.

"Football is getting richer year in year out and yet you have a guy who has brought about significant change and is getting nothing, In fact he's got nothing at all," he told The Guardian.

"You could go backwards and think: 'I earn $1.5m a month and this man changed my life, it's my duty to help someone who made me richer'."

Yet not many offered support when Bosman needed it, particularly when he was fighting the establishment.
He was seen as a rebel or even a pariah that many people in the game were "very afraid of being associated with."

Fifpro, the global players' union, has since come to Bosman's assistance in several shapes and forms over the years.

Thankfully, the union's intervention should enable Bosman to look forward to a comfortable living he so thoroughly deserves after what he's been through.