Former Australia captain Mark Milligan has been made a free agent and faces an uncertain future after his English club Southend United’s relegation from League One was confirmed.

Southend were relegated after the League One and League Two seasons were both ended early after a formal vote by clubs this month.

Milligan joined the Shrimpers from Scottish side Hibernian in July last year on a one-season deal that included an option that would see the midfielder join the Essex club’s coaching staff for "at least” two more years.

But with the season curtailed because of the coronavirus and Southend now sent down to League Two, after managing just four victories from 35 games, Milligan has revealed he is set to depart.

“I got confirmation on Wednesday that I’m a free agent,” he told The World Game.

“I had a three-year deal with the club but at the end of first season there was an option there whether I keep playing or whether I go into a coaching role.

"So that’s been the problem during this period - I had to be informed whether I’d be playing or going into a coaching role by the beginning of May, which obviously didn’t happen.

“And over the last two weeks both my agent and the PFA have sought to try and get some clarification and unfortunately we haven’t heard anything back. My visa expires in a couple of weeks so it’s sort of been taken out of my hands. “We’ve sort of just got to roll with the punches like the rest of the world at the moment. Not being able to play and finish the League One season is very disappointing, but I think it was probably the best decision in the end.”

Milligan, who turns 35 in August, is unsure at this stage on whether he will be returning to Australia soon or staying in the UK.

“I’m not really sure, as with our visas ending I know there’s a little bit of grace period and things like that,” he admitted.

“But not being paid for the last three months, obviously like many people haven’t been – I don’t want anyone to feel sorry for me or anything like that – but we’ve sort of got to make a decision on what we do going forward.”

Milligan made 33 appearances in all competitions this season, 30 of them coming in League One, and captained Southend, who are managed by England great Sol Campbell.

The 34-year-old is adamant he wants to keep playing in 2020-2021 and is reluctant to move his family once again after settling in England.

“That was the whole reason of taking the deal at Southend in the first place, because I had the three/four-year deal that was going to be ideal,” he said.

“Whatever sort of happens in the next week or so will be a long-term thing, what that exactly looks like I’m not really sure. 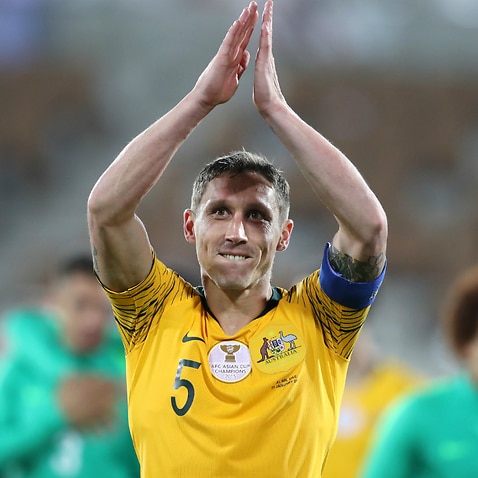 "From a playing perspective it’s been made clear to me over the last few months that I definitely have more left in me. I think there was only one other player in the team who played more games than me.

"So from a physical point of view I definitely want to keep playing, it’s just difficult at the moment because of visas and not many clubs are talking about new contracts around the League One area because the future’s still very, very uncertain.

“I don’t think there’s a clear path going forward on next season yet. I think our hand’s been forced a little bit at the moment. I really don’t know what’s going to happen.

“Everything’s pretty much in a holding pattern [in terms of player recruitment]. I’ve heard about salary caps coming in over here but that’s all it is at the moment, it’s just hearsay and talk.”

The former Melbourne Victory and Sydney FC star wants to get into coaching when he eventually does hang up his boots and has been working on getting his badges during the lockdown.

“I was meant to do my UEFA B license in May,” he said. “Obviously that all got shut down.

"We’ve able to complete most of the course online so we basically do it over Zoom where they presented all their workshops, which has been good.

“That was three weeks that kept my mind busy and occupied. There’s a little bit on the practical side of that still to come and with leaving that’s a little problematic as well, because if we have to leave I sort of miss the back end of that, which is not ideal but we’ll find a way.

“It’s disappointing for a number of reasons. I’ve been trying to get to England for so long and to have the experience we had this year that we did is a little disappointing.

“But by no means do I think that this is the normal, this is special circumstances in terms of what’s gone on and how the season’s gone for us.