Fallen giants AC Milan are on the verge of becoming once again a force to be reckoned with on the domestic and international fronts if recent events are anything to go by.

The famous Rossoneri went through a lengthy period of mediocrity ever since they won the UEFA Champions League in 2007.

Failure became the order of the day for the co-tenants of the San Siro stadium and their frustration became more acute when they could only watch as old rivals Juventus dominated Italian football for a decade.

Milan’s standards had fallen so much that they are treating their impending participation in the UEFA Europa League as a mini-triumph.

However, things are looking up again after the club secured the services of two experienced stars who have proven their worth over a long and distinguished career.

Danish defender Simon Kjaer added steel and authority to the centre of the defence since moving from Sevilla on loan in January and fully deserved a two-year contract Milan offered him at the end of the season.

Swedish striker Zlatan Ibrahimovic made all the difference in attack after signing for Milan on a free transfer last December and his six-month contract was extended to the end of the current season.

Ibrahimovic has a capacity to invigorate any team with his very special finishing skills and the Rossoneri faithful are fully entitled to believe that the good times might be around the corner.

Kjaer is adamant that Milan are on the verge of creating something special this season.

The Denmark captain. who is expected to make his 100th appearance for his country in the European Nations League match against England at Wembley on Thursday, said he was thrilled by the rapid progress of the team that comprises a strong blend of young and experienced players.

Kjaer has played a key part in the team’s strong finish in last season’s Serie A and bright start to the new campaign. 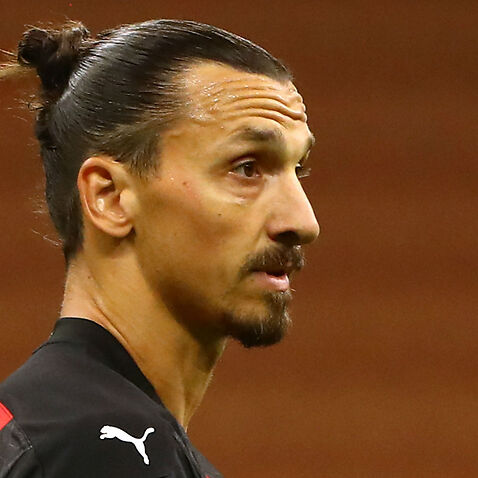 Ibrahimovic cleared of COVID-19 ahead of Milan derby

Milan are joint leaders with maximum points from three matches and have yet to concede a goal.

They have also qualified for the Europa League where a spicy clash with Celtic awaits them.

Kjaer said the whole squad was looking forward to a season that could provide the club’s millions of fans with some special moments.

“We are a very young team with some experienced players like myself and we should be one of the absolute top teams in Serie A this season,” he said while preparing for Monday’s clash with Iceland.

“Since my arrival in January, I have watched this team grow a lot. We have played some beautiful, modern football and our results have been great, especially since the Covid-19 break.

“We have definitely been one of the best teams in Serie A in 2020 and we finished last season in great style and showing our potential - and why shouldn’t we continue like this?

“With such a fantastic coach as Stefano Pioli in charge I expect us to develop much more over the coming months. Pioli is a great motivator.

“Surely it will take a lot of work from everybody in the club but I believe in a bright future for Milan. We have the history, the winning mentality, the passionate support of our fans and great ambitions.”

Milan were one of the world’s leading teams when Kjaer was growing up in Denmark and he makes no secret of his desire to don the famous red and black strip ever since he set foot in Italy to join Palermo in 2008.

“I know this sounds like a typical player’s cliché but actually AC Milan were always my dream destination,” he said.

“When I went abroad as a teenager and arrived in Serie A with Palermo, Milan were something very special ... the history, the legends, the results and the whole magnitude of that club. Back then I told my agent that one day I would love to play for that club.

“A few times during my career I actually came quite close to joining Milan but it just was never the right timing - until this year. I feel fantastic because it’s like I have come home.” 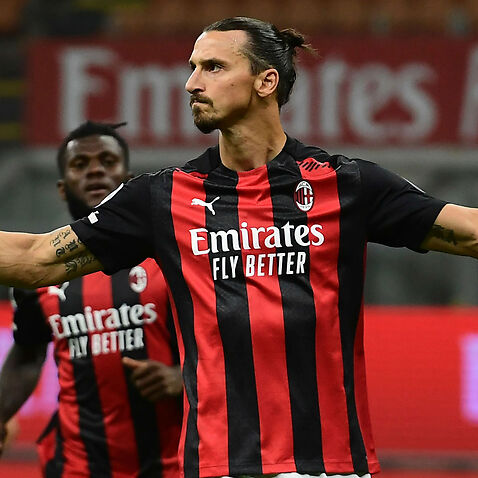 'I am like Benjamin Button', jokes Ibrahimovic after dismantling Bologna

Last season Milan needed a quality player to partner captain Alessio Romagnoli in the middle of the defence and when the club came calling at the beginning of the year Kjaer had no hesitation in saying yes and packing his bags.

“When Milan contacted me in January, they told me they had a very young team and they needed my experience - they wanted me to be a leader in the project to build the team. So I arrived not just to be one of many players but to be a leader with influence. I thrive in that position, I enjoy taking responsibility for the team as I have done for the last four years as captain of Denmark. I am at the perfect place and I believe I am entering the most exciting years of my career.“

It did not take Kjaer too long to get the feeling within the organisation that Milan were hellbent on returning to the highest positions in Italian and European football.

“There are great expectations at the club. AC Milan are one of the greatest football clubs in the world and supported by a lot of people,” he said.

“Everybody knows the history of the club and the ambitions are sky high - as they should be. For example, we are now in the Europa League. The feeling is: we are Milan and our goal has to be to win the trophy.

“I see it as a privilege to play in the red and black jersey. This new Milan team has enormous potential and will have an exciting future.”