AC Milan and Everton, who between them have millions of followers at home and around the world, had a point to prove in their eagerly-awaited derbies at the weekend.

Both clubs have not had much to cheer about in the last decade or so as they were forced to play second fiddle to crosstown rivals Internazionale and Liverpool.

Yet despondency and frustration quickly turned into positivity and optimism after a bright start to the season in which Stefano Pioli’s ‘Rossoneri’ and Carlo Ancelotti’s ‘Toffees’ took maximum points from three and four matches respectively.

The Derby della Madonnina and its Merseyside equivalent were expected to provide Milan and Everton with a stage on which to show that their early season form was no fluke but a clear sign of things to come.

Players will tell you that a derby is just another match that matters more to the supporters but derbies are still big occasions with a history of making or breaking many careers. 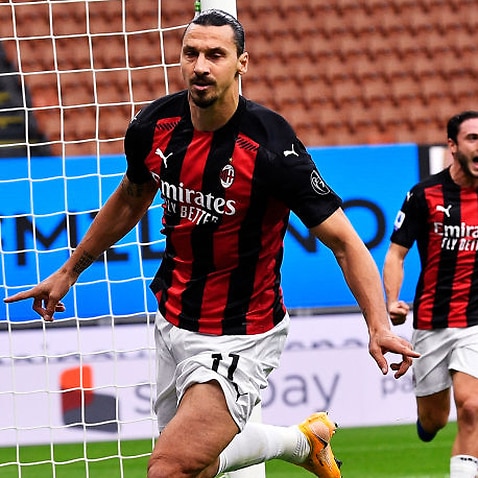 Milan certainly rose to the occasion at the Giuseppe Meazza Stadium by edging the ‘Nerazzurri’ 2-1 for their first derby win in the league in almost five years while Everton’s quest for a rare victory over the Reds in all competitions continues after a contentious 2-2 draw.

Everton have not beaten Liverpool since Tim Cahill and Mikel Arteta scored in a 2-0 win at Goodison Park 10 years ago to the day.

The Mersey rivals have since faced each other on 23 occasions in the league and FA Cup, with the Reds winning 11 times.

Milan’s record against Inter in the corresponding decade is less damning but the head-to-head in 23 matches favours Inter, who won 10 derbies to Milan’s seven.

The Rossoneri’s last victory over Inter in Serie A had come in January 2016 when they won 3-0 and they followed that up with a 1-0 win in the Coppa Italia in December 2017.

On Sunday, striker Zlatan Ibrahimovic scored twice to set Milan on the road to victory while free-scoring Dominic Calvert-Lewin salvaged a point for Everton with a towering header late on.

Sadio Mane and Mohamed Salah had gone on the scoresheet on either side of a Michael Keane goal.

Captain Alessio Romagnoli and fellow defender Simon Kjaer were in commanding form for Milan and had Romelu Lukaku and Lautaro Martinez in a stranglehold except for one moment in the first half when the big Belgian narrowed the margin with an opportunist goal.

Milan were nicely balanced from start finish and managed the game expertly.

They deserved the victory and their fans would be perfectly entitled to expect big things from the club that has been struggling to recapture its glory days ever since they ruled Europe and the world in 2007.

For many years, Everton were seen as the ‘other’ team in the city of Liverpool but there was a feeling leading up to the Goodison derby that this might be the time for them to topple their decorated rivals, who had crashed to a shock 7-2 defeat to Aston Villa in their last match.

Everton were lucky to come away with a point after goalkeeper Jordan Pickford should have been sent off for a reckless challenge on Virgil van Dijk that ended the Dutchman’s afternoon after 11 minutes and a last-gasp goal from Jordan Henderson was ruled out by the VAR for offside … a decision few people would have agreed with. 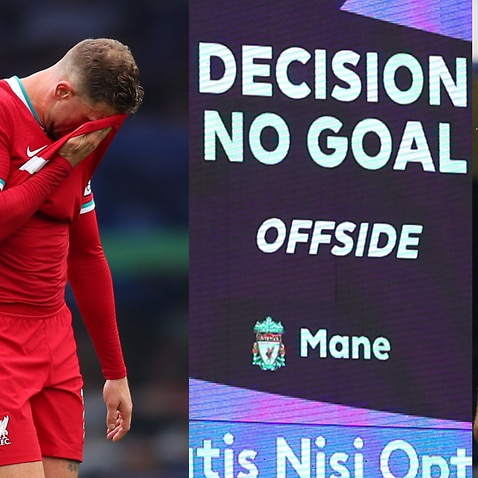 However Everton’s grit and temperament - plus a few immaculate passes from classy Colombian James Rodriguez -  showed that the famous club is nicely poised for a rewarding season that could even land it in the next UEFA Champions League.

Ancelotti, of course, knows all about the requirements of qualifying for and playing in Europe’s top competition.

To his credit, he ironed out the first-half problems Andy Robertson and Mane were causing on Everton's right side - mainly because Rodriguez was not tracking back - but the manager will be disappointed with the number of times his players gave the ball away with aimless balls from the back.

What is more important, however, is the fact that Everton are showing with their confident and purposeful play that they believe they have turned the corner.

The same applies to Milan.