Just when you thought the biggest football story of the day was the most expensive defender in the world being withdrawn from the England squad, Lionel Messi tells Barcelona he wants to leave and everything is different.

It seems strange to think of the Argentine anywhere except the Camp Nou.

He has played 731 games for Barcelona and scored an incredible 634 goals and has been the biggest star in the world for going on 15 years.

It is the second part of that statement that will really interest a lot of clubs.

Messi is a magical player even at the age of 33 and would obviously grace and improve any team in the world. Yet, he offers much more than that.

And that is why Manchester City will be in the mix. According to reports, City coach Pep Guardiola has already talked to Messi.

The two worked together at a time when Barcelona were setting new standards in football.

It would not be a surprise if they wanted to renew that relationship even if Manchester may be something of a shock to the system after Barcelona. Guardiola can help with that. City have become a major force in football since the Abu Dhabi takeover in 2008, winning four Premier League titles and challenging, kind of, in Europe.

Internationally, though, the blue half of Manchester does not have anything like the global profile, brand and support that the red half enjoys.

The team may have slipped somewhat from the domination of the Alex Ferguson years, but the worldwide support is very much still a thing.

City obviously have a lot of catching up to do. In Shanghai, Seoul or Singapore, the sight of a sky blue top still stands out as it is still a relatively rare sight.

City may have overtaken their neighbours on the pitch, but off it there is still a long way to go.

And that is where Messi can make an immediate impact. 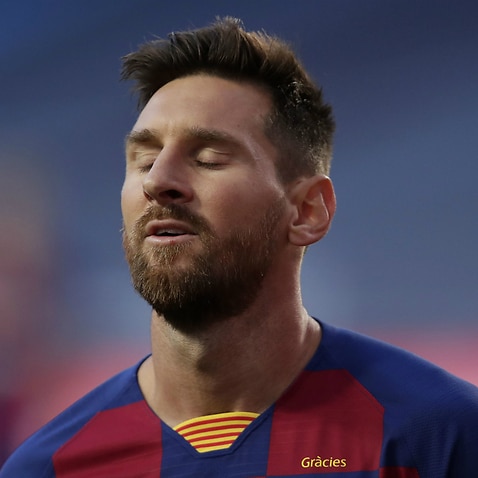 Messi has told Barcelona he wants to leave, crisis at the Camp Nou

If Messi leaves Barcelona, the whole world is going to be watching to see where he goes.

And once he is there, the whole world is going to be watching his every move.

He is still the biggest name in football and has a ‘brand’ that is unmatched.

He is going to have options, of course. Paris Saint-Germain would surely love to team him up with Neymar and Kylian Mbappe, and there are clubs all over the world who would be able to find the money.

City would be in with a great chance though. With Messi at the Etihad Stadium, they will instantly become a big deal, as big as their neighbours as fans, sponsors and broadcasters sit up and take note.

They would be the most-talked about club in the world. As well as the branding, the story is attractive.

It would see Guardiola and Messi back together again along with a star-studded supporting cast and everyone watching to see if Messi can inspire Manchester City to a first European title.

And if it confirms the theory that Guardiola can only win the Champions League with Messi, then not that many people at the club would care too much.

More than perhaps for any other club, Messi would be a game-changer for City.