Messi was awarded the Golden Ball at the 2014 finals, when Argentina lost the final to Germany, before going on to lose back-to-back Copa America finals against Chile.

The Barcelona star will be 35 by the time of the next World Cup in Qatar, which is due to be held during November and December to avoid the harsh summer conditions.

Biglia played alongside Messi at senior international level for seven years until retiring after they were knocked out of the 2018 World Cup by eventual winners France.

The Milan midfielder believes Messi can still taste glory on the global stage, though, having recently enjoyed the Netflix documentary on Michael Jordan's memorable sixth and final NBA championship triumph with the Chicago Bulls in 1998. 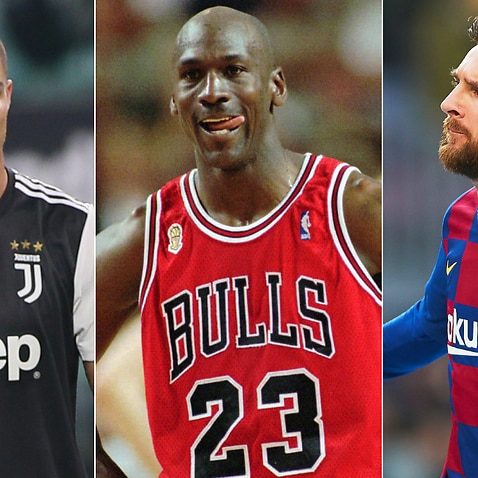 Messi and Ronaldo are megastars just like Jordan, no bull

"I finished The Last Dance the other day, it was excellent," Biglia told FM 94.7. "It got me thinking that, in a few years, hopefully we will be able to watch something similar with our own phenomenon.

"[We could] learn a load of things about his day-to-day. Because you see him train, you see him play but so many things happen on a day-to-day basis that you don't know about, as we see [with Jordan] in the series.

Argentina's defeat in the 2016 Copa America final – the third time Messi has finished runner-up at the tournament – led to the Barca forward quitting international football for a time.

Biglia admits it has been tough to see Messi endure so much disappointment with his country given his overall success in the sport.

He added: "Why does a person have to suffer so much? In the last World Cup, to see how the elimination hit him, that's when you ask yourself, 'why?'. That stayed with me. Not just on the pitch, but off it.

"It hurts me to see him suffer so much and makes me ask myself why he has to suffer in that way. I pray to God that we can see him at the next World Cup in two years' time."