Lionel Messi’s announcement that he is staying with Barcelona until his contract expires next year has produced a no-win situation that is likely to have serious repercussions at Camp Nou.

The wantaway Argentine superstar has said he will continue to don the ‘Blaugrana’ colours, not because he wants to but because his escape clause of an equivalent of $1.1b has expired and nobody would pay it.

So the blissful marriage that brought worldwide glory and riches to the club and player for the best part of two decades but which has been on the rocks for at least a year has been saved.

But they shall not live happily ever after.

Things won’t be the same again after such a spectacular fallout that rocked Camp Nou to its very foundations. 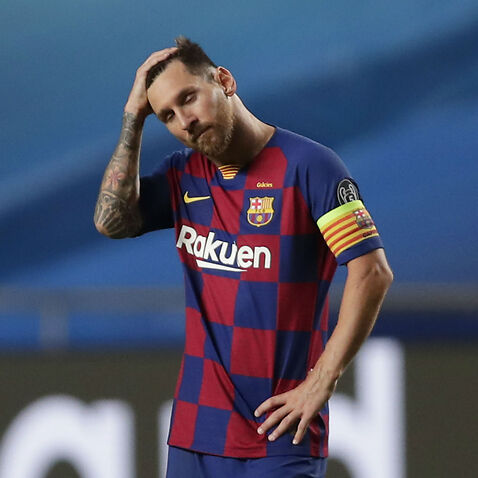 Which is why Barca’s ‘cules’ would not be dancing in the Rambla after this development.

Messi is staying against his will and because he is forced to, even claiming president Josep Maria Bartomeu broke a promise to let him go.

New manager Ronald Koeman cannot rely too much on his talisman because he knows his heart is not in it.

The fact that the announcement came from Messi and not the club is unusual and would suggest there is no love lost between the two parties.

Against this backdrop of uncertainty and unrest, the club must work on arresting Real Madrid’s superiority in Spain, let alone Bayern Munich’s dominance in Europe.

Let there be no mistake. This nasty incident that captivated the sporting world’s attention was no fake fight or a political ploy by Messi to secure a better contract or seek more power at the club.

Messi was not happy any more at Barcelona and it was his frustration at the club’s failure to have a clear project that led him to seek a release.

In announcing his decision to stay he also said he did not want to prolong the fans’ agony by dragging the case to the courts because he loves the club too much.

Cynics will say that one reason Messi did not wish to take the option of a legal dispute might be because he knew he would lose and his reputation would suffer irreparable damage.

Romantics would argue that the Argentine has done so much for the club since he joined them 20 years ago that he deserves to be believed when he says that the Barcelona club means a lot to him.

It will be interesting to see how Barcelona manage the fallout from this sordid Messi affair.