Fringe Socceroo James Meredith played a full match as he helped Milwall to a 1-0 win over league leaders Leeds United, clouding things at the top of the Championship table.

Wolves also continued their fine form with a win at Nottingham Forest while Cardiff City snatched a last-gasp draw with Sheffield Wednesday.

Preston North End's win over Birmingham City has them just two points off the top and Ipswich Town moved back into the play-off spots with a victory over Bolton Wanderers.

Sheffield United's three-match winning streak was ended by Norwich City but cling to a top six spot with Middlesbrough and Bristol City closing in.

Three tied at the top after Leeds loss

Leeds have been brilliant under Thomas Christiansen so far this season but failed to continue their unbeaten run as Aiden O'Brien fired home 17 minutes from time to earn a deserved three points for Millwall at The Den.

Wolves midweek 3-3 draw against Bristol City was followed up with a strong display in a 2-1 win at Nottingham Forest, leaving Nuno Espirito Santo's men in second spot as Diogo Jota scored a second-half double.

Wednesday's Gary Hooper made it four goals in four games with a powerful header that saw them up 1-0 at the break, but Sol Bamba's last-minute leveller has Cardiff level with Leeds and Wolves on 17 points.

Sheffield United boss Chris Wilder was sent to the stands as Norwich City proved too good, coming out on top 1-0 at Bramall Lane as the Blades boss exchanged words with his counterpart Daniel Farke.

Wilder accused the Canaries of time wasting, in addition to stating that they had arrived late to the game.

The Blades will now look to recover away in next week's Steel City derby against Sheffield Wednesday.

Daniel Johnson, Jordan Hugill and Tom Barkhuizen all scored as Preston as Preston defeated 3-1 winners at Birmingham City in what would be former Tottenham manager Harry Redknapp's last game in charge. Middlesbrough came from behind twice as Britt Assombalong scored the winner, downing QPR 3-2 and moving within a point of the play-offs, while Bristol City are eighth after battering Derby County 4-1.

Sunderland appeared on course for only their second league win only to have their hearts broken as Hull City's David Meyler scored with eight minutes remaining, putting the teams on level terms after James Vaughan's 17th minute opener, as the two sides shared the spoils in a 1-1 draw.

Burton meanwhile managed to secure their second league win, coming out 2-1 winners over Fulham, while Brentford drew 1-1 at home to Reading.

Albert Adomah scored twice as Aston Villa won 3-0 over Barnsley, keeping their third straight clean sheet as they jumped up to 13 on the Championship table. 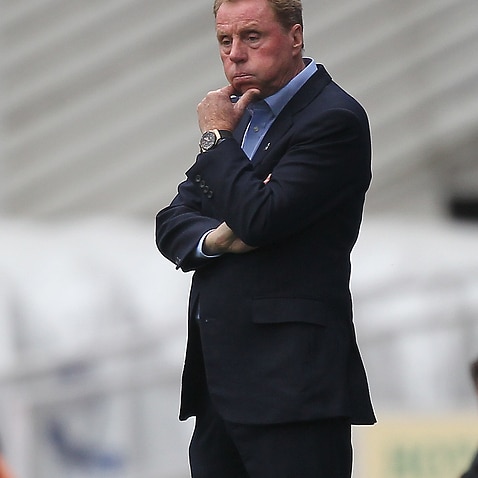