Perth Glory ought to be commended and deserve the support of the entire A-League for standing their ground over the coronavirus controversy surrounding next week's AFC Champions League clash with Ulsan Hyundai in the Korea Republic.

Glory are scheduled to play Ulsan on Wednesday night but the spreading virus that has forced the postponement of the K-League's first round of competition at the weekend is affecting the continental competition.

The Asian Football Confederation has ordered the Group F match in Ulsan to be played behind closed doors but Perth have declared they will not travel to Korea due to major health concerns. They want the match to be postponed.

If Glory forfeit the group match they will incur the wrath of the AFC and risk a fine of $US30,000 ($45,700), suspension from this season's tournament and a ban from participating for two further seasons. 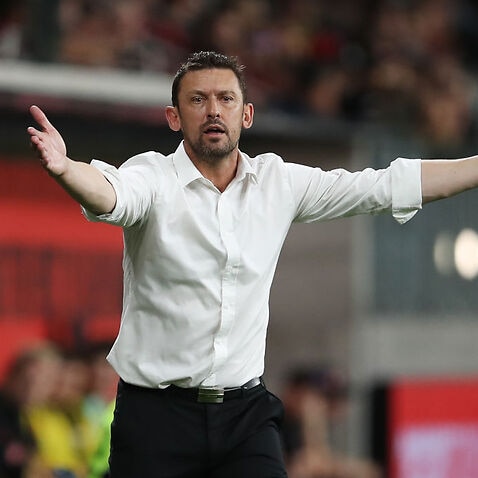 Such a measure from the AFC on a club that is merely trying to protect its players and staff from an epidemic that is threatening to become a pandemic is unfair at best and draconian at worst.

The Australian Government advises "a high degree of caution" for travel to the Korea Republic at the moment.

"We are prepared to cop a ban for the sake of our staff and players because we can't risk their health and safety," Glory chief executive Tony Pignata argues.

"It's just too risky. I don't understand how the K-League can close down their season yet the AFC expect us to play three days later."

Glory are not necessarily concerned about the safety at the Munsu ground but that in other areas like planes and hotels.

Players and staff could contract the virus from people over whom the AFC has no control and if that happened the whole travelling squad would have to be quarantined in Korea for two weeks, throwing Glory's and the A-League's seasons into disarray.

Which is why the A-League clubs should support Glory for protecting their right to be safe.

This could happen to Sydney FC, who are scheduled to play Jeonbuk in Group H on April 7.

It is reliably understood that the AFC are softening their stance and are beginning to appreciate Perth's precarious position.

There are some signs of a satisfactory resolution to an issue that has the potential of straining relations between Australian football and the continental governing body.

One hopes common sense will prevail.

Perth, who as A-League premiers are competing in the Champions League for the first time, lost their opening match away to Tokyo FC when a late goal from Leandro gave the Japanese a 1-0 victory.