Melbourne Victory defender Adama Traore has been handed a five-match ban for his outburst towards a referee in the A-League's Melbourne derby.

An independent disciplinary and ethics committee determined Traore must serve a suspension of five A-League matches - which includes the mandatory one-match suspension plus four additional matches.

Traore has already sat out four games while awaiting confirmation of his suspension for "unsporting conduct toward a match official" and will therefore miss just one more game - Sunday's trip to Perth Glory.

The defender was sent off in the first half of the Victory's humiliating 7-0 derby loss to Melbourne City at AAMI Park on April 17. 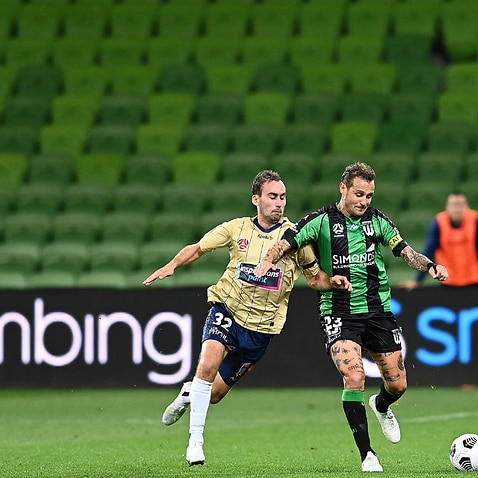 After a rash challenge on City winger Andrew Nabbout, the stand-in Victory captain made contact with referee Chris Beath's arm as he argued the decision.

Traore's actions sparked a brief melee before the 31-year-old threw down his captain's armband and stormed off the field.

An independent match review panel referred the matter to a disciplinary hearing at Football Australia's headquarters in Sydney on April 29, which was attended in person by Traore.

The independent disciplinary and ethics committee had initially reserved their decision before announcing it on Friday.