Steve Kean does not have much time to stake a claim for the Melbourne Victory job on a permanent basis, but if he can affect an upturn in results, perhaps the offer will come and bring an opportunity to change the narrative around his career.

It was over a decade ago when the Scot stepped in temporarily to succeed Sam Allardyce. Few Blackburn Rovers fans knew who he was and expected him to be in charge for a couple of games while Venky's, the new owners, appointed an experienced manager. Instead, he stayed for almost two turbulent years, a time that was hugely damaging to the club, which lost its Premier League status and more besides. Kean is still reviled in Blackburn.

As desperate as it was for the club, that spell was professionally damaging for the coach too. Since leaving Ewood Park, his only head coaching position came in Brunei with DPMM. In 2015, he led the team to the Singapore title.

To win a championship on foreign soil is no small achievement, but it was not enough to cancel out what happened in England. Kean remains defined by Blackburn Rovers, and if he wants that to change, then the first thing he will have to overcome is the remaining games of the A-League season and get the job on a longer basis. 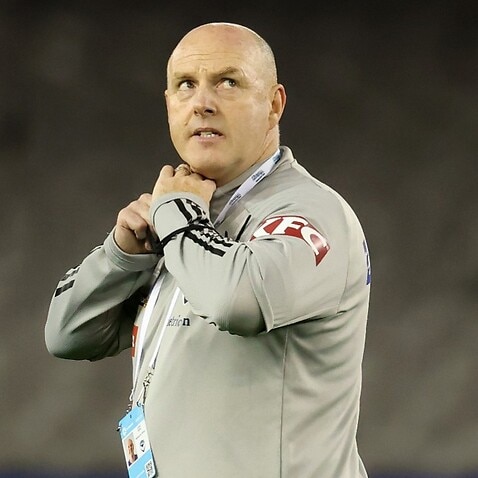 There are things in his favour. Whatever the problems behind the scenes at Melbourne, they surely pale into insignificance to the chaos, and that’s putting it politely, that reigned at Blackburn in the early years of the Venky’s stewardship.

The first is that things on the pitch at Melbourne are worse than they were at Blackburn. The Rovers were not exactly lighting up the Premier League under Allardyce, but relegation seemed a distant prospect. Many did not like his football and were not too depressed about his exit, but there were no loud calls for a change to be made.

Things at Victory are a little different. Results have been dire and given what has happened on the pitch this season, then losing a derby 7-0 will always be a huge straw on the back of a struggling camel. The season was already unacceptable for such a big club, and a change had to be made.

Kean is internationally defined by his time at Blackburn, but it remains to be seen how much his involvement at Melbourne taints him. He was supposed to be an experienced coach helping a novice. Whatever the intention, it has not gone well. Understandably, the club will not want to make a hasty decision with nothing left to play for this season, but the Scot has to show that he was not part of the problem and can be the solution.

No relegation helps. It removes some of the pressure that he had with Blackburn. Weeks after Kean took the reins at Ewood, the club was in a battle to preserve its status. It was successful, but there was no hiding place the following year. With no trapdoor to worry about in Australia, it should, in theory, make it easier for the new boss to show what he can do.

That has to be the hope for Victory fans. They are desperate for a turnaround to this dreadful season, but the new man in charge has to be just as desperate. Kean has a chance, albeit a short one, to actually change his whole career. If he can shine in Melbourne, then there may be a way back to football redemption. His torrid time at Blackburn will always be a major part of his coaching career, but it does not have to define it. This may be his last chance.