When Emanuel Saakai was growing up, little did he know his love of football would prove to be life changing.

From kicking a makeshift ball made of rags and socks on the streets of Tanzania, Saakai has gone on to travel the world coaching football and giving hope to African youth through his Lengo Football Academy.

The 34-year-old, now based in Melbourne, currently oversees academies in Tanzania, Australia and the South Pacific and has spent time working with Borussia Dortmund as well as the academy programs of Juventus and Barcelona.

And while he dreams of coaching at the highest level around the world, it is Saakai’s community work and the chance to give back through the game which has helped him.

It was this burning desire to make a difference which inspired Saakai to open the first Lengo Academy in Arusha, Tanzania in 2012.

Incredibly, he did so without a football.

“From the opening session we had 25 players training seven days a week but the biggest challenge was getting our first ball,” Saakai said. 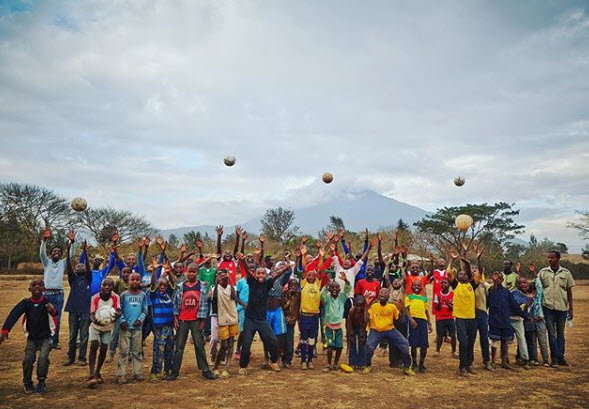 “I had asked my family and the local community to help, but football was not seen as a necessity while everyone struggled to make ends meet.”

“The players kept turning up every day and eventually a very generous Australian tourist donated $50 which allowed us to get balls and other equipment.

“My mindset from the start was everything would come together as long as I made it happen. It is this perseverance and determination which I have always lived by.”

Despite difficult origins, Lengo currently has more than 200 players and has sponsored 91 students for university or vocational training.

Saakai says it is this side to the academy which makes all the challenges and struggles he faced starting Lengo worthwhile.

“I made the choice to start Lengo because I could make a difference immediately,” he said.

“I wanted to use football to empower everyone and reach out to help those most in need in the broader community.

“Making Lengo, I believe, was my only option and I knew we could start changing lives right away and that was the most important thing.

“What we are doing with Lengo now is what I had always envisioned and I know the academy can do so much more.”

It was this determination which has helped Saakai build his own coaching credentials.

After moving to Australia with his partner in 2013, he was sponsored by Football Federation Australia to get his coaching certifications after meeting with them about Lengo.

“In Australia I was very fortunate to get the opportunities I did. I was not going to let them go to waste,” Saakai said.

“I couldn’t believe it when I got paid for my first coaching job.

"The idea of being paid for something which I had been so happy to do for free for so long was incredible to me.

“It also helped me start the Lengo charity in Australia to raise funds for the academies as well as raise awareness for everything we are doing.” 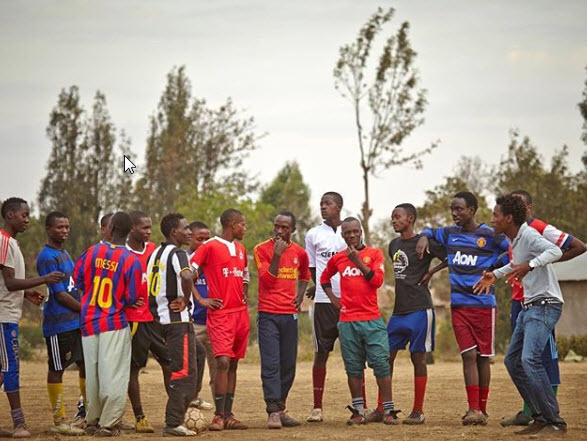 In January this year Saakai spent time in Germany completing his UEFA B Licence which included time working with players and coaching staff at Borussia Dortmund.

He hopes his coaching experiences and new-found expertise can one day help Tanzania’s national team and how they identify talented young players.

"Football and coaching has given me a great opportunity to help many people and I feel it is my purpose in life," Saakai said.

"I want to put Tanzanian football on the world map and leave a legacy of what you can achieve through this sport."

Gullit to Chelsea: The move that triggered English football's game-changing summer of 1995

Football, life 'will never be the same', says Messi