Australian defender Laura Brock is out to star in France this season before targeting a finish to her career next year with an appearance at the Tokyo Olympics.

Brock, who has 60 Matildas caps to her name, swapped W-League side Melbourne Victory for French club EA Guingamp in July.

The centre back, who missed out on the 2019 World Cup through injury, is hoping to complete a successful campaign in D1 Feminine before signing off with the green and gold in Japan in 2021.

“My focus is primarily the next six months here is getting myself back to full fitness and feeling confident in my abilities and my foot,” she told The World Game.

“Then being able to compete with the national team girls for a spot because that will be no easy task. Jenna McCormick stepped into the squad since my injury and she’s done an exceptional job.

“Competition for spots is going to be very difficult and I’m very wary of the fact I’m going to be on the eve of turning 31 and my body is starting to slowly go backwards I think. 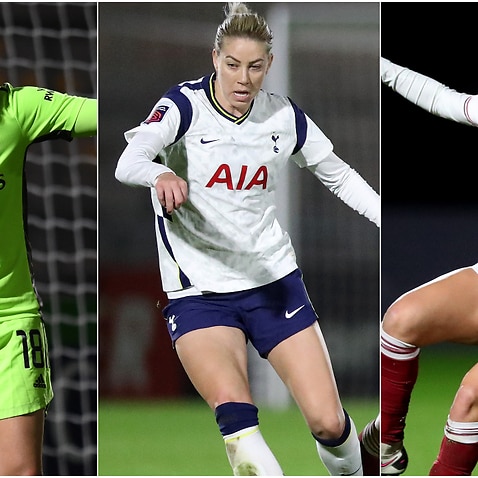 Foord scores for Arsenal as Matildas star in Conti Cup

“For me, if I can get through and play in the Olympics that will probably be my send-off tournament and then I can support the girls from the sidelines in a home World Cup.

“That would be really cool to participate in but I think my body is on the way out and my husband is asking for children. We’re looking for the next chapter in our lives.”

Brock, who played for Melbourne Victory, Brisbane Roar and Melbourne City in the W-League, arrived in France four months ago. She admits leaving Australia during the middle of a global pandemic wasn’t ideal, but playing in Europe again had a strong appeal.

“I almost didn’t get let out of the country,” she said.

“Australia was putting a stop on anyone leaving the country as well anyone coming in. I got lucky and they accepted my paperwork that I had a legitimate job to go to overseas.

“The French league has a very prestigious title, so I feel like that in itself drew me to be here. Honestly, a big part of it was the fact that the league ran from June to June with pre-season, and for Olympic preparation that was ideal.

“Given that the Olympics should be taking place in July, it would mean I would have a solid year of playing games. The plan is to be fighting fit going in for selection and then hopefully representing my country, so that was another big one, the timing of the league.

“And also opportunity. I’m getting a bit older now, I was talking to a team in Spain and wanted to get to Europe and this is the club that came in for me and I liked the way the coach spoke about the playing style and tactics, and thought it would be a very good fit for me.”

EA Guingamp are based in Saint-Brieuc in northwestern France. The club, who is coached by Fred Biancalani, currently sit in ninth place in the 12-team competition with two wins and a draw from eight matches. 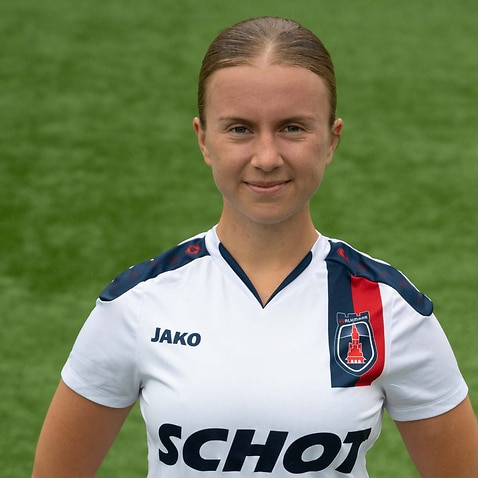 “The thing that surprised me most is how technical a lot of the players are. Girls are within my team, who aren’t in the French squad at all, are all really technical.

“They’re also super-fast and there’s a good mix of international players in the whole league. The competition across the board is strong. We’re a mid-table team and we were 1-1 against Paris FC on the weekend just gone.

“That’s been really pleasing to see even the lower-ranked teams are competitive and tough matches. It’s been week-in-week-out getting really solid games, which is what I’ve been waiting for since getting injured for quite some time during the World Cup.

“It’s good to be getting consistent games and difficult games. I’m slowly learning a little bit of French so I can somewhat communicate with my teammates. I’m starting to fit in a bit more. I’m enjoying the challenge.”

Women’s football has continued in France despite the country entering a second national lockdown on October 30. The nation has had a total of 2.09 million cases of Covid-19 with 47,127 deaths.

“We’re luckily very sheltered from it,” the 30-year-old said.

“We just stay within our bubble. But it’s pretty crazy. I don’t know how football is an essential service to French people, but it is. We have tests every week and have to submit the results.

“Our league and our club in particular has been the forefront of that. We feel pretty safe but the cases over here are steadily rising, it’s not great.”

Brock made her debut for Australia in 2010. The centre back played for the Matildas in both the 2011 and 2015 World Cups, but was ruled out of last year’s tournament with a stress fracture in her foot. 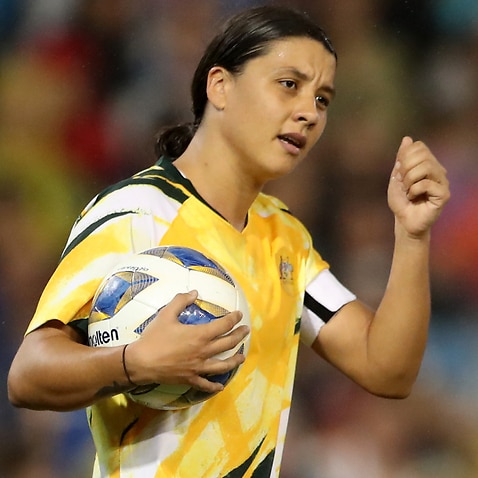 With the next World Cup on home soil in 2023, the two W-League championship and premiership winner believes women’s football and the national team are headed in a great place.

“It’s such an exciting time to be part of football in Australia,” Brock said.

“The young girls coming through, they’ve got a really solid young Matildas program that they’ve put in place in the last couple of years and we’re really seeing the effects of that now with the players coming into the W-League.

“They’re just making massive strides forward in the women’s game. I’m hoping to be able to watch those girls in 2023.”