Nick Rizzo was once one of Australia’s brightest football prodigies, now the former Socceroo is helping to develop a new breed of talented teenage footballers.

Rizzo played for Australia at every level and was signed by English giants Liverpool in 1996 at the age of just 17.

The skilful left winger went on to play in Europe for 11 years, including for Crystal Palace and in Italy, before returning home to turn out for Perth Glory in 2007.

After hanging up his boots, Rizzo turned to coaching and set up his academy in Sydney’s inner west.

Based at Lambert Park, the home of APIA Leichhardt, the 40-year-old’s football school is bearing fruit and cultivating a number of Joeys and A-League products. 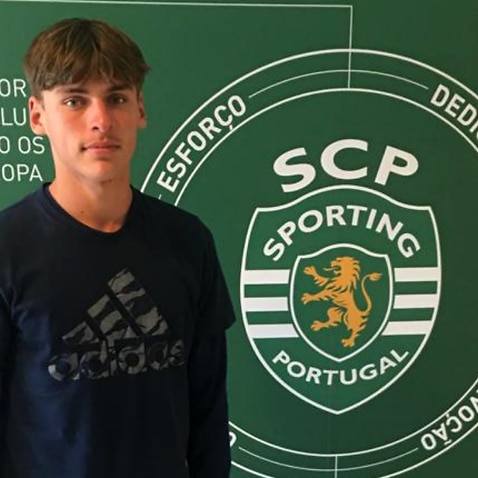 Rizzo believes all five of his former pupils have the potential to make a name for themselves in the professional game.

“Presley has just gone to Sporting Lisbon, that’s great for him. It gives him a good opportunity, he’s only 17, he’s done well,” Rizzo told The World Game.

“Ryan worked with me from when he was nine until he was 14. Then, once he signed with Sydney FC in the Under-15s, Sydney FC has a policy where they don’t allow external training.

“So in those important years I had him every week. He’s obviously a top talent who’s done extremely well. I wish him all the best, I hope he goes even further.

“He’s got a lot of potential – he was captain of the Joeys, he’s made his A-League debut, there’s a lot of positives. I think he’s made a good move to Portugal [to F.C. Famalicao], it suits his style of play as well.

"He’s a very technical player. He’s of the age where it’s a good time [to move].

“With Daniel – I speak to his father still regularly. Daniel’s been overseas since he was 12. I had Daniel from about eight to 12, I was training him two or three times a week.

“And then he went over to England, he signed and he’s doing really well. He’s playing for the Under-23s now, he’s training with the first-team sometimes, so he’s another young boy that I’m hoping can go on and do really well.

“Sammy’s another one, we had him at the academy for a while. He was playing at various different teams, he’s done very well. I had Marco Tillio and his brother for years, he played at APIA for a while and then moved on to Sydney Olympic.

“I had Marco from seven, eight to about 14, 15. He was training with me regularly. There’s a lot of them who have come through the system and they are a real pleasure to work with. My job is to give these kids a grounding in those important years; to give them a platform to build on.

“I try and get the kids to do what I did in Europe.”

Rizzo believes one of the problems Australia faces in developing top talent is the lack of training young players currently carry out.

The attacking midfielder, who spent his youth years with Sydney Olympic, and was an Olyroo at the 2000 Sydney Games, feels there is too much worry over the workload youngsters face.

“The big issue we have in Australia is training hours and workload,” he said.

“So we’re always a bit behind. It’s trying to tell these kids we need to train more. Even on your own, working on your technique, kicking a ball against a wall – whatever – physical strength work, we have to increase it.

“We’ve got a bit of an issue in Australia where we’re a bit worried on overload, which I can understand and we have to be aware of.

"But for us to keep up with the rest of the world, it’s training so much more and more, doing more hours every year, obviously proving the difference.

“Massimo Luongo is a perfect example. He would train mornings [before school] and afternoons, it obviously worked for him. It’s something I’m trying to replicate.

"With myself, I went to Liverpool at the age of 17, but I was just receiving training in Australia.

“A lot of that was subsidised myself, training alone every day with time on the ball. That got me to Liverpool but afterwards, what happens, happens. But training hours are key.

“I grew up in an era where a lot of us had dads - they would train us. Train daily, daily, daily, day in and day out. But now, these days, I don’t think the boys train enough and it’s something I’m trying to change.

“I’ve been changing it, and the boys are starting to understand it, but I can only help a certain amount of kids. It’s going to be something done Australia-wide.

"But definitely training individuals, working on technical skills, whereas I think a lot of the NPL youth teams become too preoccupied with the actual team, instead of using the team to improve the individual.

“That’s what development is all about. Winning an Under-13s comp really means nothing, but on the other hand, training in that Under-13s team shouldn’t always be team-orientated stuff, like on formations.

Rizzo works with kids aged from under-six, with beginner and grassroots coaching, as well as elite players aged up to 16.

There has been much debate recently about Australia’s youth production line and struggles at national team level.

To Rizzo, getting kids playing at a young age, combined with hard work and the right attitude, is vital in producing talented footballers.

“The earlier I get them the better. If I can get them about five years of age, this is the best and then you can work them through,” he said.

“I’ve got two boys who are current Joeys for instance, who have come through the program as well and have been with me for years. I think in the next two or three years there are going to be more of these players popping through as there are a lot of special kids in the Under-14s, Under-13s, Under-12s, Under-11s, there’s some really special kids that I’ve had since they were six.

“I’ve got some good hopes for some of them. The philosophy is hard work. Train the way you play, high intensity, good attitude, good work ethic.

"There’s no secrets to it, obviously they have to do the right things technically and with possession, but the key is effort.

“Football is not a difficult sport but sometimes people can make it difficult. It’s just doing the basics right and getting better at them.”

No fans allowed in Melbourne for City's semi-final