Australian teenager Jaden Gasking will chase his dreams in Europe after securing a four-year deal with Portuguese club Boavista.

The 15-year-old from Sydney’s Sutherland Shire will move to Portugal next month after being offered a long-term contract with the Primeira Liga side. After catching the eye two years ago in a camp in Porto while on a family holiday, Gasking was invited back to the country to trial last year.

The young forward then impressed sufficiently to be presented with an offer from Os Axadrezados, one of Portugal’s oldest and most prestigious clubs.

“We have a letter of agreement now so we can move over a bit earlier, but we sign it on my 16th birthday next February,” Gasking told The World Game. Meet the Aussie trio at Napoli

“The way they have the restrictions in Australia you have to stay a minimum of three months, so just in case anything happens at home or my mum needs to be here. Until restrictions got lifted at least it’s better to have one parent at home.”

A striker or winger, Gasking has spent his junior career at Sutherland Sharks and Sydney Olympic. The teenager explained how his unique opportunity in the land of Luis Figo and Cristiano Ronaldo came about.

“It started at the end of 2018. My mum organized a family trip, as all her side of the family is Portuguese,” he said.

“So we went to Portugal and obviously there they’re all fanatics about football. One of mum’s family friends there is actually really heavily involved in football. He suggested to me that I just go and attend a camp, like a summer camp, which is just a kick-around to keep up my fitness.

“So I went to that, had a few runs around and after a few days I got seen by a man that’s quite connected in Portugal with many clubs. And so for the remainder of the two weeks that I was there I was training with Porto and Boavista.

“And then at the end of 2018 they wanted me to stay back and keep training, but because of FIFA regulations in Australia, we’re not actually allowed to move until I’m 16 and I wasn’t anywhere close to that, at the time.

“So we agreed to go back at the end of last year for six weeks, I trained with Boavista and they really liked me again. That’s when they started to try and put together a deal so that I could come over, but once Covid hit we weren’t sure if anything was going to come about. 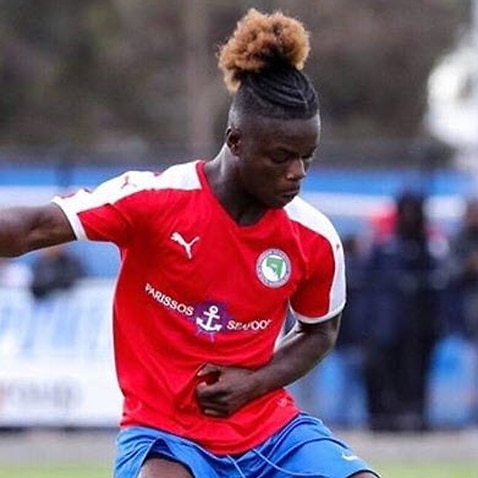 Meet the Perth youngster who's signed to a Spanish club

“And then randomly in the middle of Covid we got a letter from them saying that on my 16th birthday they would offer me a four-year deal, and that’s how it’s come to now. It was a bit of a surprise, especially with Covid, you don’t know what’s going to happen.”

Gasking grew up idolising Juventus and A Seleção great Ronaldo.

“With all of mum’s side of the family being Portuguese I started watching soccer when I was two, and all I would ever watch is Portugal and Ronaldo,” he admitted.

“I think, like many young kids, I looked up to Ronaldo and tried to base my game around him. I’ve always played soccer. It’s never something my parents pushed me towards, it’s just something I’ve always had an interest in.

“When I started when I was younger I never imagined it was going to turn into a career, but as I developed it definitely became an option on the table. Ever since I’ve been young I’ve always been a striker, I’ve always loved goals.

“To me that’s what I’m all about. Striker, right wing, left-wing, anything upfront – that’s my forte.”

Founded in 1903, Boavista have produced the likes of Nuno Gomes, Raul Meireles and Jose Bosingwa over the years.

Gasking, who is being monitored by FFA for Australia’s Under-17s national team, is confident he can flourish at the Estadio do Bessa.

“Australia’s big in football but when you go over there it’s just, everything’s like a religion there,” he said.

“It’s only football. Everything’s based around football. And when it’s like that there’s only one place that’s going to breed and that’s top players.”

The ambitious forward is hoping to work his way into the As Panteras first-team, and one day the Socceroos, in the years to come. 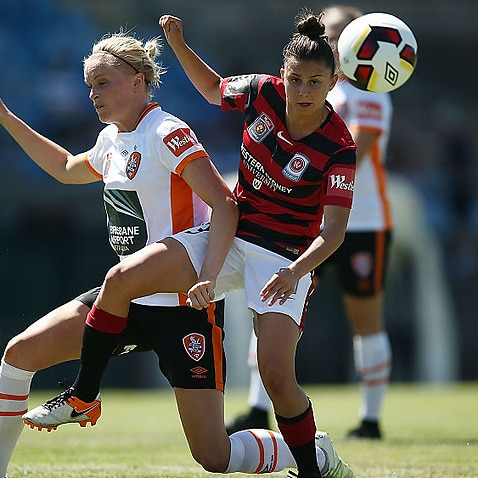 Meet the former Wanderer living her childhood dream in the USA

“Ultimately in the next five years, I want to break through to the first-team and play in the Portuguese league,” he said.

“But the long-time goal for me is to play in the Champions League. That’s the long-term aspiration, but for now I’m just taking it step by step and seeing where it takes us.

“Playing for the Socceroos is something I definitely want to do in the future. It’s just based on performance and how I do, I’m just taking it day by day.”