In six seasons with the Blues - four of which were in the Premier League - Lazaridis made 163 appearances and became a folk hero.

Enter Sydneysider Daniel Djurovic, who after five years with the Championship club’s academy is dreaming of making a similar imprint to his celebrated compatriot.

Having just turned 17, the kid who played his formative football with Sydney NPL side Bonnyrigg White Eagles, is already on the radar of Joeys coach Trevor Morgan.

A natural left-sided defender who loves to get forward - just like the great man Stan - Djurovic is at a critical point of his development.

“Stan Lazaridis was a pretty big name here and is remembered really well for what he achieved,” said Djurovic.

“I guess we share a few similarities in terms of our positions, although Stan Lazaridis also played much further forward as an out-and-out winger at times.

“I’m just doing everything I can to make a career here. 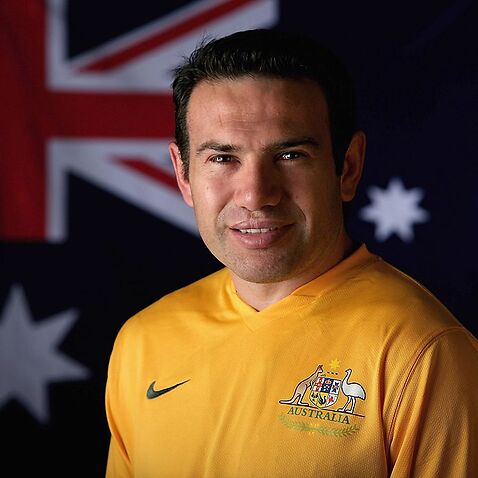 Socceroos Greats - Where are they now: Stan Lazaridis

“It wasn’t easy coming over so young (with the family relocating from Sydney) but I’m feeling really at home here now.”

After being spotted during a UK tour by Bonnyrigg aged just 11, Djurovic trialed with Preston, Blackpool and Blackburn before Birmingham snapped him up.

His scholarship terms expire in June 2021, with the hope the club will offer a professional contract.

“I’m doing everything possible - and hopefully the outcome will be positive,” added the youngster who is a regular with City’s U-18 side.

“I’m the only Aussie at the club and when I first arrived it was hard to get a place in the team - everyone was so much better, quicker and stronger.

“It took a while to get used to the game and adapt to the physicality and pace of it.

“Now I feel comfortable playing with the team, there’s a good connection with my teammates and I like how fast-paced the game is. It’s a good challenge.

“I’ve changed quite a bit - when I need to dribble I do but I also play a lot of one touch.”

Morgan, who first came across Djurovic during his time as a coach at Westfield Sports High, was reunited with him earlier this year during a whistle-stop trip to the UK, where he ran the rule over a number of young prospects.

“I’d love to get involved with the national team - that’s one of my big goals,” added Djurovic.

“When Trevor came to visit it was a really pleasant surprise - I’d last met him when I trialled for Westfield.

“I was going to go there but then the move to England came along.

“It would be a proud moment and a privilege to get a call-up.”

Birmingham’s Spanish coach Pep Clotet has shown his willingness to experiment with youth, case in point the elevation of midfielder Jude Bellingham, who became the club’s youngest ever debutant at 16 and 38 days eight months back.

“They give a lot of young kids opportunities here and that’s a big plus,” said Djurovic. “Jude’s still 16 and we’ve played a lot together. Now he’s with the first team.”

Djurovic idolizes Liverpool’s marauding left-back Andrew Robertson, declaring: “I love the way he plays and is somebody I really look up to.

“The way he gets forward, his crossing ability and the one-on-one defending.”