Young Australian midfielder Isaac Danzo has set his sights on breaking into La Liga with Spanish side Levante UD.

Danzo, who moved overseas at the age of 13, has come up through the ranks at the Valencia-based club and moved up from the youth-team, through the Under-19s, and now into the reserves.

Atletico Levante UD play in the Spanish third division and the talented central midfielder has been impressing with the Granotas, and last year was selected in the La Liga Under-19 team of the year.

Originally from Wollongong, the 20-year-old has already trained with the club’s first-team and is continuing his footballing education in the Segunda Division B.

“Hopefully I can break through and taking my chance when I get it,” Danzo told The World Game.

“They (the club) just want me to keep doing what I’m doing. I am one of the younger players.

“I’ve trained with the first-team several times during the season. They told me just to keep going and if you get a chance, take it. Last season with the Under-19s, we had a very good season.

“We came second just to Villarreal, we finished one point behind them. Then we made it to the semi-finals of the Cup. We had a good team. I played a lot, I played well.

“They pushed up a few players from our team into the reserves, and I was one of them. Levante is a family club, it’s a very good club. They’ve treated me well and so far so good.

“The third division is a competitive league. You play every style of team. So you play Barca B, they’ll be very technical and their whole team are internationals.

“And then you’ll play a team where the average is 30 and they’re more direct. So it helps you adapt to your game and learn more.” 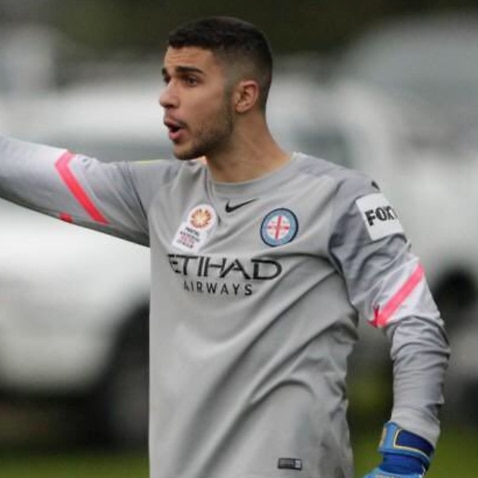 Meet the ex-Young Socceroo out to star in Malaysia

Danzo came through Football NSW’s Skillaroos program and relocated to Spain with his family seven years ago. He first joined a small team in Barcelona, before being snapped up by Levante.

“I moved over here when I was 13, I joined a local team in Barcelona,” he said.

“I played with them for a year and a half then Levante scouted me and signed me. I’ve now been with Levante for five years. It’s been good, it’s been interesting.

“I’ve learnt a lot. You learn pretty quickly that you have to think a lot faster, you have to read the game better because you’re coming up against Spanish internationals, plus internationals from all over the world.

“Football’s everywhere here, there’s that many teams and players. (But) it was a little bit easier for myself as my grandparents are from Spain so the language I could understand, but speaking it was the bit I had to learn. I can speak Spanish pretty fluently now.”

A box-to-box midfielder, Danzo looks up to the likes of Spanish greats like Xabi Alonso and Sergio Busquets.

He has been called up by the Olyroos before, when Josep Gombau was in charge several years ago, and has been monitored by Football Federation Australia but is eligible to play for both Spain and Italy through his heritage.

“They had an Olyroo training camp in Spain for the European players,” Danzo said.

“I got called up, I was very young then, but it was a good experience. I’d love to for Australia and represent my country.

“That would be great to get the opportunity. I was speaking to someone from the FFA a month or two ago.”

The Segunda Division was cancelled because of the coronavirus.

Spain was hit badly by the pandemic, but the situation has improved and Danzo is back training with Levante in preparation for the new campaign.

“The whole country was in lockdown and we weren’t allowed to go anywhere,” he said.

“So we were stuck at home for two and a half months, and last week we started training again. We’ve got a mini-training camp for a month.

“Then they give us a month off again, then we’re back for pre-season. But the start date for next season is not confirmed yet.”