Harrison signed for the Dutch champions in April and landed in Europe at the start of July.

PSV were handed the premiership when the season was curtailed on April 24, and the new 2020-21 Eredivisie Vrouen campaign kicks off on September 4.

The 24-year-old has adjusted to her new surroundings, with PSV’s star-studded squad - including internationals from Mexico, Belgium, Holland, the United States and fellow Matilda Kyah Simon - and is relishing the chance to ply her trade in a more technical competition.

“It’s a great club. The facilities are probably some of the best I’ve ever seen,” Harrison told The World Game.

“The staff are all great, the girls are all great and the club in itself has been really good and really welcoming, which is important. When you step into the training facilities and the stadium you really get a sense that you’re at one of the biggest clubs here.

“Just in daily life here, when you tell someone you’re playing for PSV in Eindhoven everyone’s super-impressed. It’s a great club to be a part of and hopefully we can win some more this upcoming season.

“I think looking across the squad we do have a lot of potential. There’s a lot of quality and one of thing of noticed, it’s very technical. Which I love personally, and it’s intense, which is what I was looking for.

“Across the league I don’t know too much, but we are the current champions and the big rivalry is with Ajax, which is something everyone looks forward to. So far it’s been really positive. I’ve been pleasantly surprised with the level and the qualities all the girls have.” Dutch and go for Matilda Harrison as PSV come calling

Harrison hails from Sydney and spent seven years with Sydney FC, helping them to W-League championships in 2013 and 2013, before a spell in America with Washington Spirit and in Australia with Western Sydney Wanderers.

The Matilda is one of a number of Aussies who have swapped the W-League for European clubs in the past few months, and she expects the flood overseas to continue.

“For so long us Aussie girls have gone season to season, from America to the W-League and things like that. It definitely takes your toll on your body,” she said.

“And I think Europe just really gives you that professionalism in terms of having one season. And obviously, speaking for myself but I’m sure the other girls can say the same, that as a footballer Europe is football’s headquarters, really.

“It’s somewhere you want to try out and definitely test yourself amongst the European countries and teams. Just the pedigree of football is just so passionate. Literally everyone lives and breaths football here – it’s just so different.

“They’re born supporting a team and it’s just so passionate, and something that everyone wants to try. I guess that’s why you’re seeing that flood of Australian girls getting over to Europe now and getting into the football over here.

“That’s super-exciting and even with the league here, there’s not just the league but two Cup tournaments. There’s just so many trophies to strive to win. That as a footballer is just so exciting – it was just an opportunity I couldn’t pass.”

Harrison represented Australia at Under-17 level and made her senior debut in 2015.

She was part of the Matildas squads at the 2014 Asian Cup and 2019 World Cup, and has earned 13 caps for the green and gold.

With the national team currently searching for a new head coach after Ante Milicic’s departure to join Macarthur, Harrison admits she was surprised to see Milicic leave. 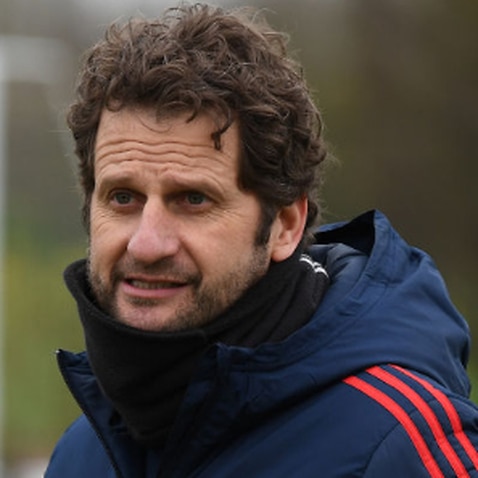 “I was personally surprised, everyone loved having Ante around the group and what he did for all of us,” Harrison said.

“But at the end of the day, we did understand he had another commitment already lined up to look forward to, and for him it was an opportunity too good to pass.

“Whatever happens I’m sure we’ll get someone who’s hopefully the best person for the job and ready to take us forward, and up where we want to be as a group for the next however long we can stay at the top for.”