Aussie coach Karl Dodd is trying to engineer a football revolution in Guam, one of the lowest ranked national teams in the world.

Dodd, a former A-League and NSL defender, accepted the coaching position with the island’s national team a year ago.

After serving as a conditioning coach at the Newcastle Jets, the head coach of Queensland NPL team Western Pride and as the head of high performance at Brisbane Roar, the 38-year-old took the plunge with Guam at the end of 2017.

Dodd revealed he has had to start from scratch with the Matao after the national team was on hiatus for nearly two years, with their last competitive match until recently coming against Chinese Taipei in November 2016.

“The program was non-existent for a couple of years beforehand. They had an incident in 2016, they pulled out of the qualifiers. That didn’t sit well with the players and it’s just been on hold while the rest of the world has moved forward very quickly.

“A lot of the nations are full-time and we’re playing catch-up. It’s been about getting those programs up and running again and designing a strategy to achieve what we were after.

“We’ve had to start from scratch. We’ve had to get the interest back in from all the players. There’s probably been a little bit of push-back in whether that is going to happen again, or (if) we are going to pull out.

“The GFA [Guam Football Association] has been good in making sure they don’t make the same mistake twice – so everything’s viable. We have a youth production line as well, the youth team is playing in tournaments.

“So that’s a big one. Before it wasn’t as strong as it is now. There’s a bit of a player deficit because of the neglect. We’re now evolving the squad.

“It’s definitely hard because all those smaller nations now have full-time programs. Everyone’s kind of full-time from an international point of view.” Guam, a United States territory in the Pacific Ocean, only joined FIFA in 1996 and is one of the smallest nations in terms of its size and population of just 170,000.

The Matao reached its highest ever point in the FIFA world rankings when it hit 157, under the four-year reign of English coach Gary White. But White left the post in 2016 and Guam slipped down to its current world ranking of 192.

Dodd is trying to re-energise football on the island and lift standards across all the national teams, including implementing a different playing style, which he is all in charge of.

It is a mammoth task to try and improve the standard of football on the isolated Pacific territory that is the sixth-lowest ranked country in the Asian Football Confederation.

“That’s probably my personality, and it’s a good project. You don’t really know the gravity of it until you’re in.

“It’s a logistical nightmare and there’s financial constraints as well. The cost of us to get anywhere is $2000 a flight per person.

“So that’s huge when you’re trying to organise friendlies and camps. We have to be very strategic on how we do things, we cannot afford the luxuries of other nations that play friendlies on a regular basis when FIFA windows come about.

“We have to use those FIFA windows as full-time training camps. We’ve got a new playing style so we’re using those windows as camps to get the boys up to speed on how we play.

“We’re using an effective-based possession style. A lot of small Asian teams park the bus, kick it long and hope for the best so we’re trying to say 'let's control the game, but not just keep the ball for the sake of it, but try to unlock defences all the time'.

“We’ve increased the talent pool, trying to make it competitive for spots and that’s why we’ve been training the boys on the island full-time."

Originally from the Gold Coast, Dodd had a 14-year playing career that included spells in the NSL with Brisbane Strikers and in the A-League with the Roar, Wellington Phoenix and North Queensland Fury, as well as in Europe with Romanian club Universitatea Craiova and Scottish side Falkirk. 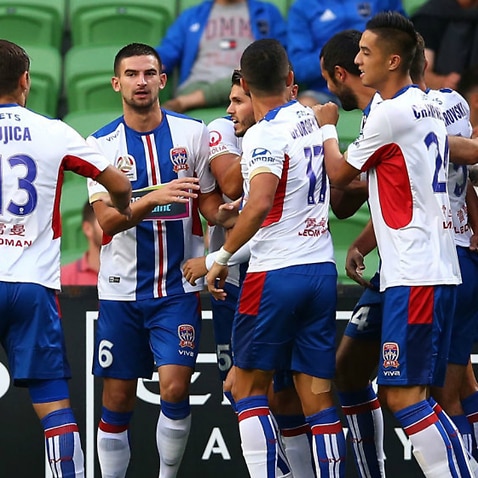 Meet the baby Jet gunning for an A-League breakthrough

Coaching has always been his target and Dodd believes, because of the lack of opportunity in Australia, leading Guam will help improve his CV.

“I had a heap of knee injuries so I knew I wasn’t going to play until my late thirties,” he admitted.

“It was going to be an early finishing date for me so that’s where the education started very early in my career. The goal was always to be a head coach.

“It was just a matter of what path to get there. The A-League is… the amount of qualified coaches out there [in Australia] is ridiculous. So the supply definitely outweighs the demand.

“Opportunities don’t come along often and you’ve got to take what you can get and build and hopefully be successful. Club football’s great but international football is very different.

“You have to be very meticulous in your planning and also your communication. You’ve got to tick every single box. It really does challenge you as a coach – which is good. You can’t waste a single training session.

“There’s three teams and we’re upskilling the coaches as well. So it’s a big challenge, you have to get hands dirty as you’re doing everything.

“But it’s great – you couldn’t ask for a better learning environment for a young coach like myself.”

Guam’s first matches in two years came in September as part of the first preliminary round of the 2019 EAFF Championship.

The Matao recorded one win, one draw and one loss, with a 4-0 victory against Northern Mariana Islands, a 2-0 defeat to Macau and a 1-1 draw with Mongolia.

“They’re learning the playing style. They dominated all the games, it’s just the final third. That’s the final piece of the puzzle, that’s the hard part. That’s what we keep working on.

“Moving into next year I think we’re in a good place. In March were trying to organise friendlies, which will be our first major hit-out. Then in June we have the qualifiers for the Asian Cup, which will be huge.” 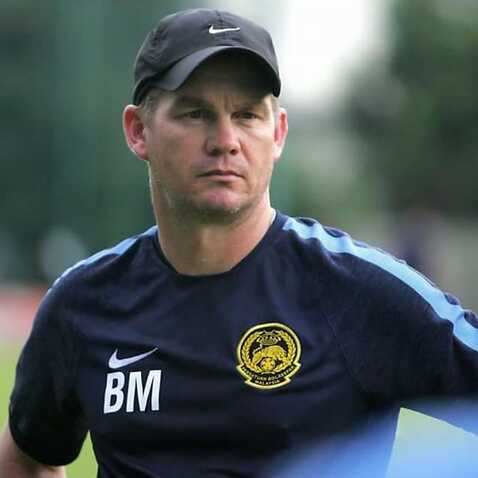 Dodd, who is contracted with Guam for another 12 months, wants to not only improve the island’s football standing and change their footballing culture, but leave a lasting legacy and educate local players and coaches.

He has enlisted a team of Australian support staff in Daniel McBreen, the former A-League striker, as an assistant coach and Matt Ham, the ex-Brisbane Roar goalkeeper, as both strength and conditioning coach and goalkeeping coach, to help him.

Ultimately Dodd’s aim is to create history and guide the Matao to their first-ever major FIFA tournament in the shape of the 2023 Asian Cup.

“We want to be as competitive as possible in Asia but we really want to qualify for this Asian Cup,” he said.

“The first round qualifiers are key in June. Let’s tick that box and then we get 10 games in the second round.

“We just want to keep progressing and progressing and just find out where we’re at in Asia in terms of this new playing style. And then re-evaluate and go again. It’s a big year for the male program.

“Daniel McBreen is my assistant, he’s honest. I’ve known him for a while. We have a very good relationship and it’s honest, which is key. I don’t like ‘yes men’.

“I think a lot of coaches want 'yes men'. Matty Ham, who was goalkeeper at North Queensland Fury and the Roar; he’s one of the best in his field.

“My contract is for two years, but I’m looking to stay. This project isn’t just a two-year one this is at least a five-year plus project. We’ve just got to give it everything as long as we’re here.

“Let’s set it up so that it’s stable this time and doesn’t get ripped up and they have to start again. It’s also handing back as we know we won’t be there forever.

“It’s upskilling the locals, getting them accredited so they know why we’re doing the program and they can make decisions and empower them. Make it a high-performance mentality.”