Just one year ago, aspiring Australian coach Simon Catanzaro took a huge risk by relocating his family from Adelaide to Barcelona.

A former NPL South Australia, Adelaide United W-League assistant and youth team boss, Catanzaro wanted to chance his arm and chase his dream as a professional coach in one of football’s greatest cities.

After battling prejudice and facing countless knock-backs, the 39-year-old is finally making his name in the beautiful game in ‘Ciutat Comtal’.

Catanzaro is the head coach of the Under-18s team at Kaptiva Sports Academy in Sant Cugat del Valles.

Kaptiva is a full-time academy in Barcelona, similar to the AIS’ former football program.

An ex-NSL player with Northern Spirit, Catanzaro said he fell in love with the Spanish city and decided to roll the dice and move to Europe.

“I was coaching at Adelaide United, I had the opportunity to bring an Under-16s team to the Mediterranean for the International Cup,” Catanzaro told The World Game.

“I brought a team over and it was the first time I’d been to Spain.

"I fell in love with Barcelona and contacted my wife and said – we were looking for a bit of adventure and I was pretty ambitious – Barcelona looks like an unreal city, I might bring you back here.

“Six months later, I brought her back to have a look around, fortunately my wife fell in love with Barcelona as well and that was three years ago.

"So we started an 18-month process to get over here. We planned and had a crack at the lifestyle, and for me to see what I could get out of coaching abroad as an experience and as a challenge.

“In Australia, there’s very limited opportunities - so I thought why not have a life experience and see how I go. I was lucky to gain employment after a couple of months.

“I came here with absolutely nothing, had lots of knock-backs but fortunately someone came across my resume and had seen in Adelaide that I had coached Guillermo Amor’s son. 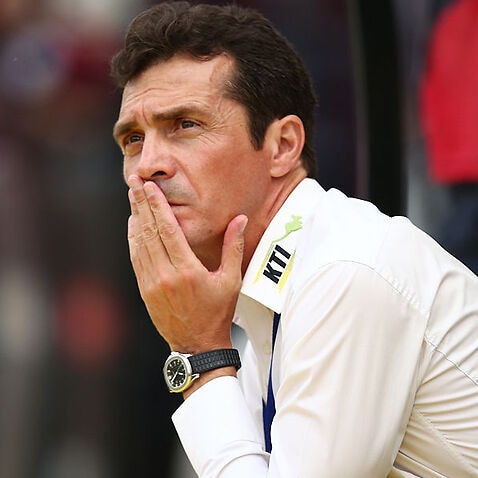 "I had his son, who’s now playing for Getafe, I had him in my Under-16s team in Adelaide.

“Someone did their research and said if he’s coached the son of a Barcelona legend let’s at least get him in for a chat and see what he’s doing in Barcelona.

"And from then on, Kapitva Academy gave me the opportunity and I haven’t looked back 12 months later.

“There’s a coach on every corner here. Everyone’s a supporter of football. They coach the game from the bars and the restaurants. They love the game, they’re so passionate about it. I’m in my element here because I love the game.”

Catanzaro played for Marconi and Blacktown City in Sydney, and coached in South Australia with the likes of Para Hills Knights and West Torrens Birkala.

He admits he had people laugh in his face when he applied for jobs in Barcelona because of his nationality.

“All the things I expected,” he said.

“If you’re coaching in the NPL you sort of know the landscapes in Australia. But you come here and they kind of have a bit of a laugh at you, which I kind of got.

“And they don’t like it when you see you’re better than them either. We were fortunate to win quite a few games with my teams (at Kaptiva) so opposition coaches didn’t take it too fondly being beaten by a foreigner.

“But it’s all been part of the learning process and I can tell you after 12 months I’ve learnt so much how the game is player over here.

“That’s why I chose Spain, the Spanish game is why I liked to preach and teach and play the game, so that’s why I thought why not come over, we love the city and keep evolving, and see where the journey takes me.” 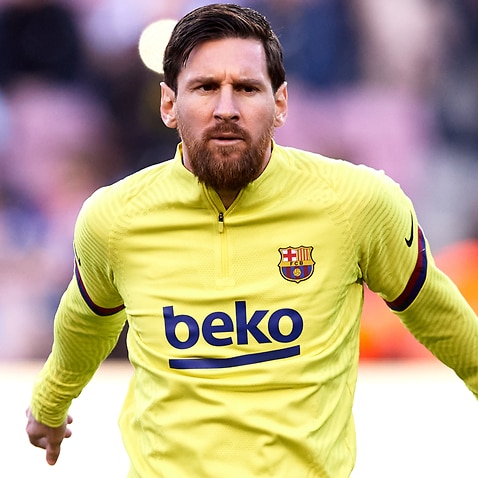 Messi to stay at Barcelona until 2021 after exit clause expires

Kaptiva is an international academy with youth teams that play in the local Catalan leagues.

“I’m the Under-18s coach and they live in a full-time residence, it’s exactly like the AIS set-up,” Catanzaro said.

“It’s a full-time football program. Apart from going to school during the day, they’re treated as full-time athletes.

"It’s an opportunity for players from all over the world to come to Barcelona, and we’ve got scouts looking at our players all the time.

“My team before Christmas, we were sitting high on the table, so scouts come to your games when you’re winning. That’s what happened after Christmas, some of our players went off to play for some of the big Catalans clubs, which gives them the opportunity. It’s a win-win.”

Catanzaro originally hails from Sydney but spent many years in the NPL South Australia playing for Campbelltown City and Adelaide Olympic.

In 2016, he was inducted into the Football Federation South Australia Hall of Fame for his contributions to the sport as both a player and a coach.

“Ian Crook and Graham Arnold recruited me out of the NSW Institute of Sport, I spent a couple of years at Northern Spirit before the NSL went (down),” he said.

“I probably didn’t make the most of my opportunity being young and quite adventurous to get overseas myself. I spent a couple of months playing in Holland, but I disrespected the NSL.

“I should have put more effort into staying in Australia and playing there. When I came to Europe, I just wasn’t mentally ready so I went back to Australia, bounced around in the local leagues. 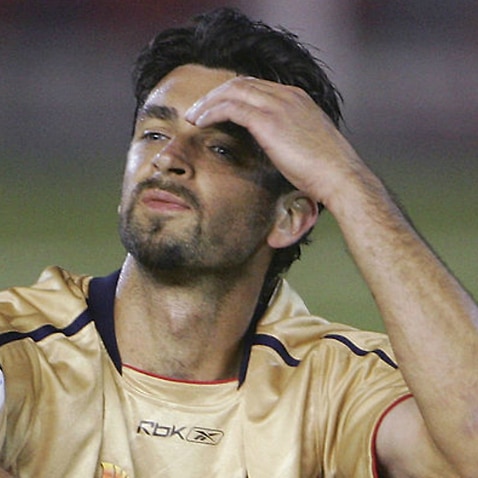 “When I was in Adelaide playing I met a girl, liked the city and ended up living there for the next 14, 15 years.  I went straight into coaching nine years ago. I always knew I wanted to go into coaching.

“At 30 or 31, I got my first opportunity and in my first year, I got my club Parra Hills promoted and won the league.

"I did my licenses in Australia, bounced around in the NPL with Parra Hills for a few years and coached in the W-League and with Adelaide United, before coming over here.

“I did two seasons as an assistant coach in the W-League, that was a good experience. And in between, I spent about eight months with the Adelaide United Under-16s.”

The Kaptiva Academy has been shutdown this season because of the coronavirus but will reopen in September.

Catanzaro has no plans to return home yet, but is enjoying his time in the capital of Catalonia.

“I’ve really gone under the radar and I’m quite happy going that way,” he said.

“I’m not Ange and I’m not Kevin Muscat, and I don’t want to be. I look up to them as Australia coaches and admire them, Alen Stajcic is another I’m a big fan of too.

"But I’m just trying to find my own path and see where this opportunity takes me.

“I’ve turned a few heads here already being an Australian coach and I’ve had quite a positive impact, not just on players but other coaches and teams.

“A lot depends on what happens with this Covid-19, but we’re set up here for now, we’re loving the lifestyle in Barcelona and hoping to be here for a few years longer.

"But football’s a funny game and opportunities come up all the time.

“I really want to finish what I’m doing here.”