Three footballing brothers from Sydney are catching the eye in Europe and attracting attention from both Croatia and Australia.

In 2017 Noah Slunsjki, along with older brothers Brandon and Kristian, moved to the Croatian city of Split with their mother to hone their skills in the Balkans.

Twelve-year-old Attacking midfielder Noah is with Hajduk Split’s academy, while 18-year-old defender Kristian is in the first-team of lower league side NK Adriatic and 16-year-old midfielder Brandon with the club’s Under-19s.

All three were born and raised in Sydney’s west but have Croatian heritage and are eligible to represent both the Vatreni and the green and gold. According to their father Ivan Slunjski, Joeys coach Trevor Morgan is monitoring winger Noah while Young Socceroos boss Gary van Egmond has been in contact with NK Adriatic about Kristian.

“Noah’s been banging in the goals at Hajduk,” Slunski told The World Game.

“[Also] he got invited last week to the first Croatian federation assessment for kids in that region. He’s caught the eye in Croatia.

“I’ve spoken to Trevor Morgan about him. FFA contacted Kristian’s club in February, I’m hoping that transpires into an invitation to a camp.”

Number 10 Noah has shown promise from a young age and spent time in former Socceroo Nick Rizzo’s academy. Three years ago he played on a tour in the UK and impressed against the youth teams of several Premier League clubs.

“He was scoring 30 goals in the Under-9s as a six-year-old,” Ivan explained.

“I think playing with his older brothers in the backyard toughened him up. Noah went to England in 2017 and toured when he was nine years old, scoring six goals in eight games versus Everton, Liverpool and Manchester United.

“Nick advised me to take him to Croatia. He went to Dinamo Zagreb first, and then he went to Hajduk and scored a hat-trick on debut. They showed a lot of interest and were the first one to come up with an offer.

“You don’t say no to clubs like that. Playing against clubs across Europe in tournaments and all weather conditions and a season that goes all year round is the professional environment that Noah has been succeeding in.

Older brothers Brandon and Kristian came through Football NSW’s Project 22 program, and the younger grades at Sydney United and APIA Leichhardt, before relocating to Croatia.

“My advice was to go and play regular games in Croatia. The great thing about the club NK Adriatic is they play 40, 50 games a season.

“The transfer window opens up in January, Kristian may move on to a bigger club in the Croatian second division. [But] I’d rather him get games under his belt.” 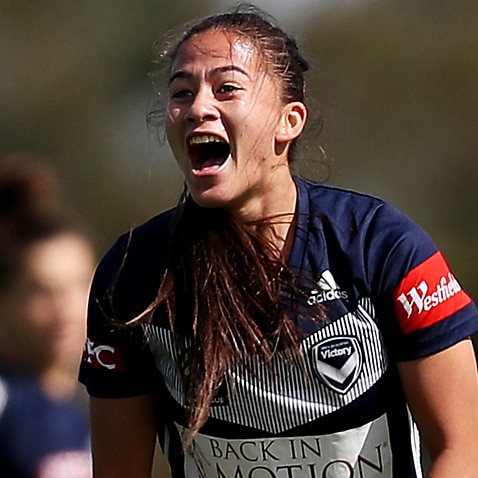 Slunjski said none of his sons have made a decision to commit to either Australia or Croatia yet, but are keeping their options open.

The family are close friends with Deni Juric, brother of Socceroo Tomi who is currently playing for HNK Sibenik, and Juric’s cousin ex-Joeys striker Noah Biotic who is on the books of German outfit TSG 1899 Hoffenheim.

“With his recent performances Noah has been attracting lots of attention in Croatia and is keeping humble on what comes ahead,” he said.