The small Spanish club of Merida AD, located near the border with Portugal, has become an unlikely home away from home for aspiring Australian footballers.

Asociación Deportiva Mérida compete in the Segunda Division B, Spain’s third-tier, and the side’s reserves are currently filled with young Aussies out to make a name for themselves in one of the world’s elite footballing hotbeds.

The group live together in a house in Merida, population of just under 60,000, with the chance to train, play and develop at a professional outfit on the Iberian Peninsula.

“It has been good this season as I have had a debut with the first-team in a friendly for the Segunda B side,” he told The World Game. “I am hoping to continue progressing and hopefully reach playoffs with the Under-23s, and hopefully have another opportunity to train and be with the first-team.”

Bogadi hails from western Sydney and the former Sydney United 58, Mt Druitt Rangers and Bankstown City Lions junior landed back in Spain a few months ago after a brief spell with CD Acero.

“It’s been a great experience and the club has been great to me and (are) really helping with my development,” the 19-year-old said.

“The coaching staff is fantastic. I have been fortunate enough to be called up to train with the first-team when required and even made my first-team debut in a pre season game this year.

“With the combination of the club, the coaching staff and the quality of the players, I am very excited about this year and how I can continue to grow as a player.”

Told his size in the junior ranks would stop him making it as a professional in Australia, Bogadi, who has Croatian heritage, trialled with Croatian and Spanish clubs as a teenager. After finishing high school in Sydney, the midfielder decided to return to Spain to ply his trade.

“I was constantly being told that my lack of height will be the determining factor, with the focus on my physical presence overshadowing my football ability,” he explained. “This motivated me to push harder to prove those people wrong and alongside club training I joined high quality private academies with the aim for my football ability to be the determining factor.

“I was lucky enough to train with clubs in Croatia while on holidays at 15 and 16 where they asked me to come back, which showed me that clubs in Europe focus more on ability and potential in their youth.

“Fortunately for me the late growth spurt happened while I was in year 12 so after my HSC I chose to go to Spain for one month to test myself overseas. What an eye-opener that was, with the level in Spain being higher than I expected - with the football being faster, physically more aggressive and tactically far superior.

“Asked to come back, I took the opportunity to use the following months to continue my development and earned a spot with CD Acero [a Tercera division club] in the Juvenil U19’s team.

“From a football perspective, it was a great learning experience but unfortunately due to COVID-19 the season was cut short, which was a real shame as we were well positioned to make the promotional playoffs.

“While back in Sydney during the height of the pandemic, I received an offer to join AD Merida’s reserve team, which is also their U23’s team. 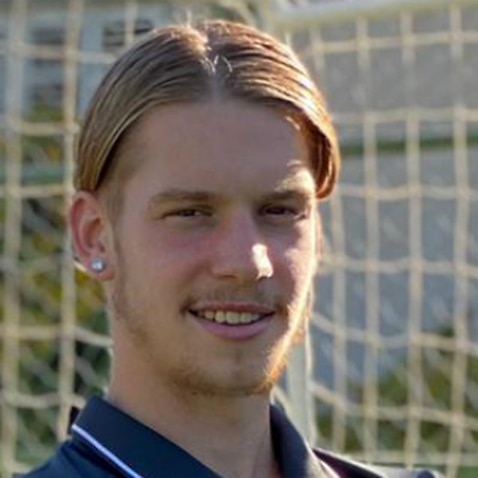 Meet the Aussie brothers carving up in Croatia

“I jumped at this opportunity and I’m so glad I did because this professional club has a great set-up and a very experienced and knowledgeable coaching team that is helping me to continue my football development.”

Victorian McGuire has been in Spain for the past two years chasing his football dream. The ex-Altona Magic, Pascoe Vale and Richmond player spent last season with fourth division side UD Montijo and linked with AD Merida for the 2020-2021 campaign.

The young striker is enjoying the transition from the Under-19s into Under-23s football.

“I am going well, I’ve been in the squad for the past six matches and have been involved for three games scoring two goals,” he said.

“I was playing juniors in the Under-19s, so seniors is definitely a step-up, but physically I am as good, if not better, and tactically the league is still super-strong from top to bottom. It’s very advanced tactically and technically.”

Their agent Mendez starred for Marconi, Parramatta Power, Northern Spirit, Sydney Olympic and Sydney United in the NSL. The attacking midfielder, who retired in 2013, earned nine caps for Australia in the 1990s.

“We organise trials and agreements for the players,” the 47-year-old said.

“Next season will depend on their performances this season for extensions.”