Melbourne City-bound striker Ross McCormack will arrive in Australia carrying a suitcase laden with goals and assists for his A-League loan deal, according to his Aston Villa teammate Jordan Lyden.

The Australian under-20 international has twice played alongside Scotland forward McCormack for Villa this season, and believes he'll make a potent injury replacement for Bruno Fornaroli.

Out of favour at Villa Park, after signing for $20 million from Fulham 15 months ago, McCormack has already been discussing the move with Villa's under-23 skipper Lyden as he bids to rekindle the form which has brought him 120 goals in the Championship across spells with Cardiff City, Leeds United, Fulham and Villa.

"He's been asking me about the lifestyle and weather in Melbourne, mainly the weather, which I think he'll be enjoying the most," said Lyden, who featured alongside McCormack in the recent League Cup ties against Wigan and Middlesbrough.

"He has a proven record in the Championship and while a couple of injuries have set him back, you can see the type of player he is and he will be a great asset for Melbourne City.

"He will score plenty of goals and he's also the type of player to get plenty of assists. 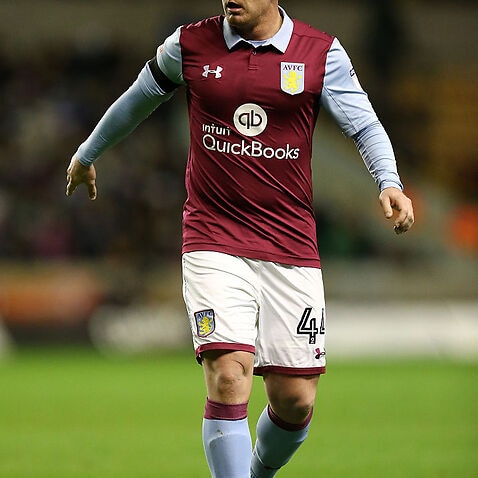 "He's one of those strikers who has very good movement, and if you give him the service he will deliver."

McCormack, who has 13 Scotland caps, fell foul of Villa boss Steve Bruce after missing a training session last season and was loaned out Nottingham Forest.

He hasn't featured for the promotion-hunting Midlands club this season, and a transfer deadline day switch to Sunderland fell through, leaving him with the loan option with City until January.

"The game is about opinions at the end of the day," added Lyden.

"But his record really speaks for itself over the last nine or so years in the Championship.

"I think a big-name signing like him would boost A-League as a whole.

"It will also be a good move for him in a different environment.

"We spoke at the training ground the other day and he said everything was likely to be finalised over the next couple days."

Lyden, who can operate at right back or in midfield, could be heading out on loan himself in January, if he fails to break into Bruce's first team calculations in the intervening period.

He has overcome the injury demons which reduced him to a virtual bystander for most of last season, and is keen to get a taste of regular senior football. 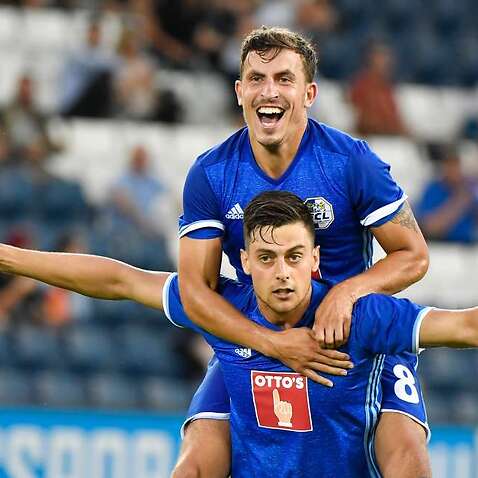 "I've been fit all season, which is the main thing," he added.

"We will see what happens come January. If I'm in the mix for the first team then I will obviously stay.

"But if not then I'll probably go out on loan.  There were a few League One clubs interested at the start of the season and that's not a massive step down, I don't feel.

"It's competitive men's football and I feel that would be good for me."