Ronald Koeman looked to the past for solutions but Barca collapsed in the face of Kylian Mbappe's dazzling vision of the future.

Returning from knee ligament damage two months ahead of schedule having not played since November, Gerard Pique probably wanted to ease his way into proceedings.

Inside the first minute, Paris Saint-Germain's masterful playmaker Marco Verratti floated a ball over the top of the Barcelona backline and Kylian Mbappe already had Pique in his rear-view mirror.

Marc-Andre ter Stegen tore out of his penalty area and ultimately averted the danger by careering in to make a wild, sliced clearance.

Welcome back to the UEFA Champions League, Gerard.  All the best.

As a high-octane first half unfolded in the plum Champions League last-16 tie, Ronald Koeman's gamble in wheeling out his most experienced centre-back began to make sense. Maybe delaying the inevitable in a 4-1 shellacking was the best he could hope for. PSG racked up six corners before the interval. As the players in the box awaited each delivery, Pique's voice was typically heard above all other, booming around a cavernous Camp Nou.

Generally, he was in the right place to deal with them. Four clearances were more than any of his Barca team-mates at the halfway stage.

Doubts over his overall mobility did not prevent an ever-smooth footballer completing all 71 of his passes on the night, while fellow old timer Sergio Busquets found the target with 45 of 48. The final analysis showed this sorry Barcelona need much more than lingering competence.

Barca fall flat with the band back together

Koeman's tenure has come to feel like one of transition, with Pedri making a wonderful first-team breakthrough and Frenkie de Jong and Antoine Griezmann becoming more prominent figures.

But here were Pique, Busquets and Lionel Messi - three of the most decorated players in football history - pressed into action together in a match where Barca had to be content with hanging on to PSG's coattails, even if they threatened sporadically to disrobe their well-heeled opponents.

Pique and Clement Lenglet shifted the hosts' backline a touch deeper after their early scare and Barcelona initially had a counter-attacking threat to match that pragmatism.

Before the half hour, they led. Layvin Kurzawa got caught under Pedri's raking pass and accidentally tripped De Jong. Bjorn Kuipers pointed to the spot and Messi rifled unerringly into the top-right corner. 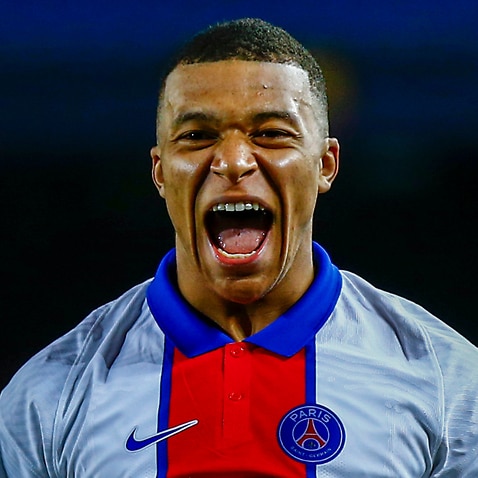 Kurzawa was keen to make amends and found assistance in Ousmane Dembele's laissez-faire approach to tracking back. The full-back arrowed a ball into the Barca box, where a majestic, silken touch from Verratti picked the lock.

Pique would sooner have seen Mbappe at close quarters than in the wide-open spaces, but Verratti's pass combined with the forward's supreme awareness and fast-twitch capabilities meant there was enough room to lash beyond Ter Stegen.

Griezmann collected a Messi pass and almost converted at the end of a wonderful solo run to restore the lead but those moments of defiance became increasingly fleeting.

PSG, with Verratti and Leandro Paredes pulling the strings, were the bosses at the ground where they suffered an unparalleled humiliation in 2017.

Recent history shows that incredible 6-1 win was the exception for Barca towards the end of an imperial period that has unquestionably passed. The 4-0 defeat they needed to overturn four years ago is the norm.

Juventus 3-0, Roma 3-0, Liverpool 4-0, Bayern Munich 8-2. Knockout ties where they are comprehensively outplayed by high-class opponents. Here was another.

Mbappe had never played Barcelona before Wednesday. He will barely be able to contain himself waiting for the return after a hat-trick of the highest order. Neymar might even be fit by the time his bedraggled former employers arrive in Paris.

Pique was scampering around on the goal line just in case when Moise Kean's deflected effort was kept out by Ter Stegen. Barca might well have been in Bayern territory again but for their keeper's four impressive saves.

The experienced defender was unable to jam another finger it the dam when he half-cleared Alessandro Florenzi's cross - Paredes' pass to release the full-back was sumptuous - and crumped into a net rippled by a thumping Mbappe finish.

Kean headed in a Paredes free-kick to make it three and Pique and Busquets had been substituted by the time Mbappe whipped an effervescent strike into the top corner to claim the matchball.

Messi trudged sad and alone, as he so often has through these all-too-frequent humiliations. End-of-era defeats are supposed to be one-off events but his Barcelona have a catalogue of them. It really is over this time.

Defenders in blue and red chased shadows as Mbappe fired himself and his teammates into the stratosphere. If they look far enough back into the past, Messi, Pique and Busquets will see a time when they were the future. They'll have to squint hard, but that is preferable to lingering too long on their sorry present.